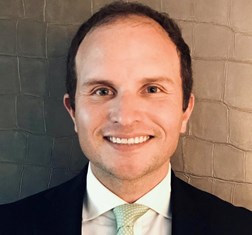 An entrepreneur and successful high-level executive with strong experience in the infrastructure development sector, Alvaro Torres has extensive experience in leadership, management, negotiation, international business, construction, management, and mergers and acquisitions. He is a graduate of the McDonough School of Business at Georgetown University.

Share on:
TBY talks to Alvaro Torres, CEO of Khiron Life Sciences, on becoming a leading medical cannabis brand in Latin America, the power of smart regulations, and setting the industry-wide standard.

What role does Mexico play in your regional expansion plans?

Mexico represents a significant market for us. With its population of 123.5 million people and access to nearly 11.7 million patients for medical cannabis, we see an attractive opportunity to transfer the wealth of knowledge we have created into this new market. Mexico will play an important near-term role in helping us achieve our business objectives. Ultimately, it is our intent to be the leading medical cannabis brand across all of Latin America and a major global exporter of medical cannabis products.

How does Mexico’s regulatory environment compare to other Latin American markets in which you are also interested?

Although slightly more limiting—for example, Mexico currently only permits the import of medical cannabis products that contain less than 1% tetrahydrocannabinol (THC)—the regulatory structure for medical cannabis in Mexico is similar to that of Colombia, in that both countries have exclusively legalized cannabis extracts as a means to generate a market for legitimate medical products of the highest quality and consistency. While excluding recreational cannabis and the inherent societal challenges that go along with it, the medical cannabis regulations create an opportunity for innovative companies to develop master preparations, phytotherapeutic products, and ethical drugs that can be distributed to patients through well-regulated channels.

How would you assess the level of support for medical cannabis in the country, both from the general public and the government?

The Mexican government is taking a cautious and well-calculated approach to the legalization of medical cannabis in the country, as it clearly wants to avoid any missteps that could potentially exacerbate, rather than reduce, the well-known troubles Mexico has had with criminal organizations involved in the illegal drug trade. The Mexican government’s efforts in this area are being driven by a deep and genuine belief that the potential social, health, and economic benefits of legalized medical cannabis could have a major positive impact for the whole country. The Mexican people predominantly hold conservative social views that could conceivably impede the government’s efforts to legalize cannabis. However, despite the fact that the vast majority of Mexicans are opposed to the legalization of cannabis for recreational purposes, surveys show that more than 75% support the legalization of medical cannabis. We fully expect support to grow even stronger as more patients are successfully treated for a range of health problems and the body of evidence builds that medical cannabis is a safe, effective, and affordable option for many ailments.

What role do you see for a robust medical cannabis industry in Mexico?

Khiron is the first medical cannabis company in Latin America to implement US DEA standard pharmaceutical compliance protocols for security and safety. We have a scalable and comprehensive security plan that identifies and mitigates risks relating to Khiron’s assets and covers the entire production, distribution, logistics, and operations chain. We are setting a standard that the entire medical cannabis industry can emulate. The long-term viability of the industry and all the social, health, and economic benefits it can bring to the nation—including reducing drug addiction and related crimes—are well worth the effort.