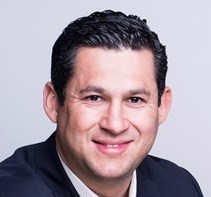 Diego Sinhué Rodrí­guez is a Mexican politician who previously represented Guanajuato as a federal deputy in the LXII Legislature of the Mexican Congress. He also presided over the Urban Development and Public Works Commission of the state for two years. Rodrí­guez was the only PAN candidate in 2018 for the state’s gubernatorial campaign.

Share on:
Guanajuato is well known for its long-term planning, transparency, and connectivity, making it an example to other states.

What added value does Guanajuato offer the country?

Guanajuato is located in the center of the country. Many large cities are only a few hours away by land. We have two of the main roads in Mexico, routes 45 and 47. One road goes to Tamaulipas, Nuevo León to Nuevo Laredo, and the 45 goes in the direction of Jalisco and continues to Tijuana. These two important roads pass by Guanajuato. In terms of railway connectivity, Guanajuato is one of the few states, or maybe the only one, where both Ferromex and Kansas City pass. We are also extremely close to the Lázaro Cárdenas, Manzanillo, and Veracruz ports. We also heavily prioritize long-term planning and have an entire institution dedicated to this. There is a law that states that our long-term plan has to be updated every five years. We are used to this planning. New ideas have emerged, such as establishing a regional Pro-Mexico where we bet on joint investments, and we have already started to see results.

Where does Guanajuato stand when it comes to its anti-corruption policies?

Another of the advantages that Guanajuato provides is a transparent environment, particularly when attracting investment. Transnational companies are concerned about anti-corruption practices. They do not want to be subject to strange requests from local governments. We are one of the few states with a public policy of clear investment rules. Business in the state is not a conversation behind closed doors or with a public officer. Clear rules are published publicly. This gives certainty to investors. Guanajuato was named the least corrupt state in Mexico in the last INEGI survey in 2018. We are also always in the top three best justice systems. This shows that there is an extremely strong justice system.

What is the objective behind the creation of the Centro-Bají­o Alliance in 2018?

Globalization implies making alliances, and we set an example by establishing a pact with the states of Aguascalientes, San Luis Potosí­, and Querétaro. We also expect Jalisco to join soon. The alliance was signed in November in San Miguel de Allende and called the San Miguel Pact. We will be five strong states in the region that will have a plan to attract investments together. For example, BOS from Germany signed an important contract in Mexico and is now located in Guanajuato. We can use our regional alliance with the central state of the country to help BOS establish a successful supply chain. Instead of competing against each other, we can create alliances to become a potential force. These states hold great capacity for economic growth and attracting investment. Consequently, to attract investment, we can present a whole region, not only one state, along with the advantages from our relationships with the other governors.

Considering the austerity measures in place, what kind of alternative financing model does Guanajuato plan to use?

Guanajuato has a budget of MXN83 billion (USD4.3 billion) per year. In contrast to many other states, Guanajuato holds a healthy amount of debt and has the three highest qualifications from the three most important qualifiers, including Fitch Ratings. Guanajuato also has invested approximately MXN30 billion (USD1.59 billion) in malls, parking lots, and pharmacies. What we plan to do is create a state fund through a SOFOM that is regulated by the state. We will generate stocks through a regulated activity. We will have 49% of the stocks, and citizens will have 51%. This arrangement can prevent a corrupt governor from having more influence than individuals. In 15 years, we want to be financially independent enough to build a high-speed train for our inner railway network. We want to create a new model of prosperous government that allows us to be a state with its own resources, as seen in other parts of the world.