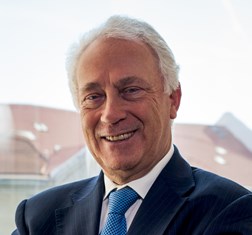 Shoring up the Economy

Carlos da Silva Costa has been Governor since 2010. He is a member of the Governing Council and General Council of the European Central Bank, the General Board of the European Systemic Risk Board, and the Financial Stability Board Regional Consultative Group for Europe. He is the Chairman of the National Council of Financial Supervisors and honorary Vice-President of the European Investment Bank (EIB), Visiting Full Professor at the Portuguese Catholic University of Oporto and University of Aveiro, and Chairman of the Consultative Council at the School of Economics of the Portuguese Catholic University of Oporto. He graduated in economics from the Faculty of Economics of Oporto University.

Share on:
While developments in Portugal's banking sector have been encouraging, banks' adjustment efforts will have to continue.

What is your perspective of Portugal’s transition from recession, austerity, early exit from the EU/IMF bailout, and return to growth?

The economy started recovering in 2013, reflecting a gradual recovery of domestic demand and strong export growth, on the back of an improving external and financial environment. One remarkable characteristic during the adjustment period and ongoing recovery was the behavior of exports. Portuguese exporters have been gaining market share in external markets since 2008. A notable dimension of the export performance has been the services sector, especially tourism. Exports’ share of GDP increased from around 30% in 2008 to close to 45% in 2017, which signals an important restructuring of the economy. The economic recovery was also supported by strong investment growth, in particular business investment. However, public and housing investment has lagged behind. The economy has been able to maintain a surplus in the current and capital account and also in the goods and services account. These developments have contributed to a gradual improvement in the international investment position, which is still negative. The economy underwent a strong and unprecedented fiscal consolidation process. The general government deficit stands currently at a historically low. Public debt as a percentage of GDP has also initiated a downward trajectory but remains high and considerably above the euro area average. This reinforces the importance of meeting the commitments under European fiscal rules. Moreover, the reduction in the indebtedness ratios of firms and households, together with positive developments in the banking system, has made the Portuguese economy more resilient to shocks.

What were some of the measures taken by the Bank of Portugal to help the country return to greater macroeconomic stability?

In 2010, the bank initiated a comprehensive strategy to address the challenges faced by the banking sector. This strategy was broadened in the context of the 2011-14 EU/IMF Economic Adjustment Program. Our most immediate concerns were to ensure banks’ access to liquidity and the reinforcement of their capital ratios. At the same time, banking supervision became significantly more intrusive and forward looking, and the regulatory environment was considerably strengthened. The country’s full participation in the banking union, and particularly in the Single Supervisory and Resolution Mechanisms, can be seen as a natural corollary of this much more demanding strategy that we have consistently been following since mid-2010. Major progress has been achieved over the past eight years. Portuguese banks are now increasingly robust, as evident by stronger liquidity and capital positions, reinforced shareholder structures in major banks, and improvements in asset quality. The banking system recognized over EUR33 billion of credit impairments while the biggest banks raised over EUR20 billion of equity. Regarding asset quality, while economic growth has certainly been beneficial, the ongoing comprehensive strategy to reduce NPLs is also bearing fruit. NPLs have decreased more than EUR13 billion since the peak in June 2016. Equally important, deposits have been quite resilient, showing that depositor confidence has been preserved. In addition, banks have continued to fulfill their role in financing the economy.

How do you encourage banks to further strengthen their balance sheets, improve overall asset quality and liquidity, and reduce the level of non-performing loans?

While developments in the banking sector have been encouraging, banks’ adjustment efforts will have to continue. The ongoing challenges are four-fold: improve profitability, review the existing business models, reinforce governance models, and embed technological advances in retail banking. Improving profitability is a priority. Amid still-low interest rates, further progress on cost reduction is needed. This is even more pressing in view of the stricter regulatory requirements and the digitization trend. Moreover, banks need to continue to deliver on the targets agreed in their NPL reduction plans. The sustainability of banks’ business models, risk management controls, and internal governance processes are key to guaranteeing the soundness of the banking system. These elements are closely monitored and challenged by the Single Supervisory Mechanism and the Bank of Portugal.