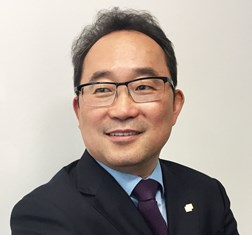 Hou Xiaotun has been Executive Vice President at Powerchina International Group Limited and President Americas at Powerchina International since 2016. Hou graduated from Tianjin University and holds a postgraduate degree. He started his professional career as an engineer at Shanxi Hydroelectric Design and Engineering Institute. He joined the group through its subsidiary Sinohydro Corporation in 2004, when he was appointed as Project Manager of Bakun Hydropower Plant in Malaysia. He held senior posts in Sinohydro Corporation where he successfully led investment and business development activities in Asia Pacific and served as a member of the Executive Board.

Share on:
TBY talks to Hou Xiaotun, Executive Vice President of Powerchina, on its commitment to Panama, areas of opportunities, and Sino-Panamanian business ties.

What has been the evolution of Powerchina in Panama since 2014, and what is the importance of Panama for the entire group?

The initial contact of the group with Panama was in 2009, in the bid for the first expansion of the Panama Canal through its subsidiary Sinohydro. Following the restructuring of Powerchina’s international businesses in 2016, six regional offices were established globally. Panama was chosen to be the headquarters to support the operations of the group in the Americas in August that year. A year later and as a result of the work of a multidisciplinary team formed by Panamanian, Chinese, and foreign professionals, Powerchina was awarded, in consortium with a local company, the water infrastructure project for the extension of the hydraulic ring to Panama East. This achievement underlines the commitment of Powerchina to Panama and its firm interest in contributing to the country’s development process and supporting the execution of plans, programs, and strategic projects in the fields of energy, social development, and transport infrastructure.

How strong is public sector support in Panama?

Panama has a healthy economic environment and a lot of institutional support is given for the development of infrastructure projects. Proof of this is the strategic plan of the government, where the public investment programs in infrastructure sectors are one of the central pillars. Currently the overall budget for the construction industry is approximately USD4 billion, which represents an important public support and business opportunities for companies like us focused on the construction sector. Regarding the private investment programs, we are focused on the energy sector where we expect to qualify to participate in PPP and concessions for a hydroelectric plant and a transmission line.

What are your main projects in the country and what others are in the pipeline?

We are pursuing a number of projects in Panama in cooperation with local companies and foreign companies with a consolidated presence in LATAM. One of them is the Metro Line 3 in consortium with the Spanish construction company Acciona. This project is of greatest interest to us due to its scale and technical challenge and in which the synergy created by the partnership between a Spanish company and Powerchina makes us a strong and reliable proponent by offering quality, technology, the understanding of the socio-cultural environment and language, and great financial capacity. Others are energy-related projects involving transmission lines and a hydro power plant: the transmission line IV and Bocas del Toro hydro power plant. Due to the scale of both projects, our strategy will be as well to form alliances with foreign companies with a strong presence in LATAM. We are assessing other medium-sized projects in the field of the social development with the aim of expanding the scope of work and becoming an important player in the development of Panama.

What are your projections for further China-Panama business in light of growing diplomatic relations?

I am extremely confident that in the coming years this market will be active for Chinese companies. With the government-to-government finance framework agreement already signed, it is likely that funding from the Chinese government will come soon to promote infrastructure projects of major importance to Panama. This new context represents an excellent platform for trade and investment promotion. I have participated in a number of business forums held both in Panama and China, and there are great business opportunities here that will definitely attract the interest of investors from China. The first direct flight between Beijing and Panama City will undoubtedly promote tourism by Chinese citizens. The establishment of bilateral relations creates a scenario suitable for not only economic and trade cooperation but also social, cultural, and educational cooperation in pursuing joint development goals.