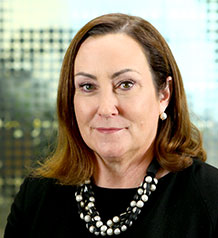 After working for almost a decade at Ford, and with previous experience at other large international companies such as Westinghouse, Louise Goeser became CEO of Siemens Mesoamerica, with responsibility for the operations for Mexico, Central America and the Caribbean in 2009.

Share on:
"The country plans to more than double its power generation."

How has Siemens contributed to Mexican economic growth over the past century?

We have been in Mexico for 122 years, and we have been a long-term partner to Mexico in its development. Mexico is an important part of Siemens as a whole; we are one of 30 what we call lead countries around the world, and we are one of the few where there is a tremendous focus on the fact that there is so much growth potential. The economy of the world is currently rather tepid in many places; however, Mexico continues to be an attractive area for growth. Most of that is based on all the reforms and how they are helping to shape and grow the economy. Our first project in Mexico was to build power plants to power the lighting on Reforma Avenue, which is an iconic project. We have built many power plants, we had the first tomography here, the first x-ray, and we have had a lot of firsts in the many years that we have been in Mexico. Mexico is important to Siemens, as we really are growing; in 2015, we grew our new orders by 41%, which is a pretty tremendous accomplishment in comparison to other parts of the world. We received a special award in Siemens for being the best region in the world, which was a nice acknowledgement of the importance of the country. There are so many growth opportunities, but because of our portfolio, many are in the general energy sector; primarily things like power generation, transmission, and distribution, and even oil and gas. Even though oil prices are down, there is still much interest in Mexico as an oil producing economy, especially with the opening of the sector to private companies. All of this is of key interest to us and we have seen particular vertical markets such as automotive and food and beverage, particularly beer, as Mexico is the 6th producer of beer in the world. We have particular vertical markets, which are important in Mexico for our type of industrial automation. We also see growing renewables and mobility as areas of interest.

How will energy reform affect Siemens in Mexico?

The country plans to more than double its power generation. Besides power generation, the authorities are also converting a lot of the older heavy fuel oil plants into gas or renewables. It is important to look at the renewables side of the equation, as there is now a transition law that dictates how much clean energy needs to be a part of the mix of generation in Mexico. All of that is obviously creating a lot of investment opportunities. On top of this, with all of the growth there is also the need for a reduction in prices and an open and free market for generators; therefore, there is a need to enhance the grid so that the best price for power can be delivered where and when it is needed. There is an entire plan called Prodesen, which lays out the plans for the next 15 years and the different investments that are going to be made in the generation and distribution of electricity. For example, there will soon be the first High Voltage Direct Current (HVDC) project that will come up for Mexico. This is the super highway of electricity and it creates few losses over long distances. These are the new kinds of technologies and designs Mexico is now bringing into the market, which are a result of the energy reform. This is on the electricity side, which is an active area, not just for CFE but also for private investors, including self-generators as well as people who want to sell into the market. It will take a number of years to develop a strong and larger private sector. Meanwhile CFE is being broken into separate generating companies so the country can create an open market even with a major player. On the oil and gas side, it has been a little more challenging because they want to open up Pemex to private investment, and people have to bid on fields, which has been affected by the falling price of oil; this has been a challenge in terms of speed and momentum of the change. Pemex has many things it needs to work on to develop a strategy, but this presents major opportunities for the country. They had a successful round one, so things are continuing to move forward; however, the amount of investment will be a little slower due to the price of oil, which is only natural. We have seen energy reforms all over the world, and putting into context the speed of the energy reform implementation, it has been a worldwide success story in terms of all of the legislation that had to be changed and approved; we are already seeing projects being achieved and accomplished. This is something worth highlighting internationally.

Was the timing was right for the energy reforms during such low oil prices?

Mexico is blessed that it has had this reform come now. Without private companies being able to come in and participate with everything from technology to financing, then all of this would be the burden of the government. Instead, there is an ability to expand what is being done in the oil and gas sector because private investors can come in and more companies into the game. Without that, it would be a much more difficult situation.

A lot of transportation projects are taking a long time to come to fruition. What is your perception of this situation?

There is a lot being done, but more needs to take place. What needs to happen is a more comprehensive plan, especially for Mexico City, around public transportation and particularly intelligent traffic systems that go along with that. This would give the ability to have more capacity in more locations, things such as metros and rapid bus transport. We have installed intelligent traffic systems in many cities, which can increase efficacy by more than 20%. It sounds simple, but it is true. There are many ways to take the existing infrastructure and enhance it, but there needs to be a long range plan on urban development.