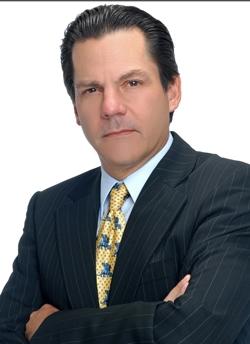 Gabriel R. de Obrarrio III studied business administration at Drake University, specializing in insurance and marketing. He also received an MBA in this subject and complemented these courses with the Top Management Program (TMP) from ADEN Business School and Harvard University. He has extensive experience in the Panamanian insurance industry, having held multiple technical, administrative, and commercial roles. Since 1996 he has been Executive Vice-President and CEO of Assicurazioni Generali-Sucursal Panama. He has served as president of the Panamanian Association of Insurers (APADEA), and Director of the Panamanian Chamber of Commerce, in addition to numerous other prominent roles.

Share on:
"Panama is a service-oriented rather than an industry-oriented economy."

What has been the core focus of your growth strategy at Generali?

Generali has been a prominent multinational since 1831. It is one of the oldest insurance companies in the world, with a presence in over 60 countries, including Panama, where operating our own branch we are a 100% Generali entity. The company only has five branches in the world, and Panama is the only one located in Latin America. Our other branches are in Hong Kong, the UAE, Portugal, and Japan. We entered the Panamanian market back in 1970, at first predominantly servicing Italian clients. One of them was Impregilo, a construction firm that had worked on the Panama Canal, as well as other Italian companies with a presence in Panama. Generali established a branch here to provide service to these companies. For the first 20 or 25 years we pursued very low-profile operations. Thereafter, however, we began to develop the company into a renowned entity in Panama. I began my tenure at the company in 1992, when we began to develop the marketing and technical departments, and to conduct a PR drive.

What have been your main achievements since you have been here?

I would say that Generali’s two main strengths are branding and people. And when I say people, I mean that this is a service-oriented business. We sell an intangible product, so everything comes across as a service. We try to have people with a different personal makeup that enables us to differentiate ourselves in the market from the 31 other insurance companies. We also established a sales network composed of 13 agencies and 250 exclusive agents. Our main distribution channel is insurance brokers, and so we operate with both brokers and agents.

“Panama is a service-oriented rather than an industry-oriented economy.”

How would you evaluate the new legal framework in Panama?

I think we have made important steps toward the new legislation. Before the latest law came into being we were lagging in terms of where the sector should have been. Now we are more in line, but still have more to improve. This law is primarily introducing greater supervision by the authorities.

How do local people perceive the insurance sector in Panama?

Not just in Panama, but generally speaking, people don’t think too highly of insurance companies, in the belief that whenever you need them they read you the small print. There is an urgent need to erase that image. For example, banks have a much better image than insurance companies, and command greater trust. I think the same is the case in Panama. That said, insurance penetration in Panama is much higher than the Latin American average. In fact, Panama ranks second in insurance penetration after Chile. The Panamanian insurance sector is worth $1.3 billion, a truly impressive figure for a small country. Latin America has very low figures compared to Europe and the US, which spells considerable potential for sector growth.

Apart from Europe, which other markets does Generali consider significant?

Generali is the third largest insurance company in the world with its main operations in Italy, Eastern Europe, and today is increasingly strong in Asia, especially in China and India. In China, Generali is already the largest multinational insurance company. Other key markets include Germany, France, Spain, and Austria. Our new CEO is placing significant emphasis on our growth in Asia and Latin America.

In which sectors are insurance services more required?

Panama is a service-oriented rather than an industry-oriented economy. And with no significant manufacturing, imports are substantial. You certainly won’t find significant risk in search of insurance coverage here. We tend to insure SMEs in Panama, though there is room for growth in personal lines. Additionally, Panama is witnessing a construction boom of high-rise buildings, and there is some movement in the mining sector.

What is Generali’s position in the Panamanian market?

In terms of premium volume we rank fourth. The two largest companies are local, and are followed by Mapfre, which purchased a local company, placing it third in the running. The top-four companies hold a combined 60% of the market. Our real figures as a whole are much higher, but in compliance with local laws we are required to be compared to local companies. Our results go directly to the balance sheet of the home office, and in those terms we are by far the largest insurance company in Panama.

What are your profit expectations for 2014?

We expect to generate a profit of close to $10 million with premiums of around $110 million-$114 million this year. I forecast growth of around 7%, which is somewhat down on recent years.

How important is diversification in implanting an insurance culture in Panama?

It’s absolutely crucial. Panama needs to foster a better insurance culture where faith in the merits of coverage leads to a wider uptake. That will depend on the insurance companies themselves, as well as the regulators and brokers. We are all in the same business, and cooperation wouldn’t hurt.

What are the advantages for an insurance company to establish itself in Panama?

The sector has grown to the point where today’s 32 companies are to be joined by a further two that have recently been approved. Not surprisingly then, margins have become squeezed, with technical margins virtually at zero. A glance at the figures reveals an industry in growth with a healthy balance between diverse business lines. Yet the bottom gives a less than glowing account of sector performance. I would recommend potential entrants take a good look at the publicly available financials. I expect this to change to a degree because of the cyclicality factor. And yet I foresee sector consolidation over the next five to 10 years through mergers and acquisitions as the pool becomes too small for the fish. We intend to play a role in these developments as the national leader. There is quite clearly an opportunity to make a serious advance in Panama within the next few years.

What is your 2014 forecast for Panama for insurance sector and the broader economy?

We will experience a general economic slowdown, but nonetheless register important growth when compared to other regional nations. And in terms of the insurance sector Panama will face a major challenge, as coverage of large-scale projects is not renewed. Bonds and construction policies are not renewable, with policies being written at the start of a project. The other challenges to be faced are fundamentals, such as inflation. Rising costs inevitably pressure financial results. And, meanwhile, premiums and rates are static in a climate of stiff competition. We are also facing a lack of skilled employees, which in an environment of full employment is a common problem throughout Panama’s commercial universe.