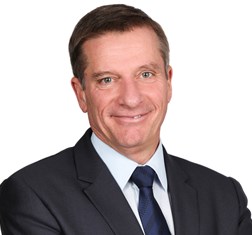 Eric van Leuven is Executive Partner and the Head of Cushman & Wakefield in Portugal, leading a team of 85 professionals in consultancy and real estate brokerage, as well as participating more directly in investment services and promotion of shopping centers. As a member of Cushman & Wakefield’s EMEA Board from 2007 to 2012, he chaired the local boards of the firm’s offices in Poland, Hungary, Czech Republic, Slovakia, Romania, and Greece. He is currently a member of the firm’s European Executive Council. He is currently Vice-President of ACAI (the Portuguese Association of Property Consultants and Valuers) and of the Dutch-Portuguese Chamber of Commerce.

How would you evaluate the company’s performance and operations in the last 30 years?

I set up my own business with the help of an experienced estate agent in 1987. It was the first foreign business in Portugal catered mainly to Anglo Saxon buyers who wanted to buy real estate in Portugal. When multinational Healey & Baker made an offer to buy the business, I initially declined but as other multinationals set up in Portugal, I sold the company to Healey & Baker (which was later acquired by Cushman & Wakefield). We became a completely different business with a high focus on professional services such as valuation, property management, and more, though with a continued focus on transactional business. The support of an international organization and everything that comes with it—the brand, recognition, and client list—is incomparable.

The CGD building in Baixa is one of our flagship instructions, though it is a bigger portfolio with land in Porto, the Algarve, Palmela, and Lisbon. We do a great deal of office leasing work; one of our biggest transactions was the forward sale in early 2018 of a building that has yet to be built in Expo for Ageas, the insurance company. We are active in numerous sectors, including industrial and retail, especially stores on the high street. We are extremely active in Porto as well. One area that we specialize in is the sale of supermarkets, which is a popular investment medium because they offer usually long leases and attractive returns.

What trends do you see in the real estate sector, and how do solutions shift according to demands and needs?

We must look at that according to the sector because it is not the same for stores as it is for warehouses. There is a real boom in shopping centers in Portugal, which has some of the best malls in Europe. Another trend is that the high street has become extremely active. The lease legislation that changed in 2012 significantly contributed to this, as did tourism and the arrival of luxury retail. We have a database of all retail deals for the last few years, and 60% of retail transactions is in the food and beverage sector. In terms of investment, we see a completely different set of buyers when compared to the previous peak in 2007. The two main classes of players then would be Portuguese and German property funds, plus the odd British, Dutch, and German non-fund player. At present, we see a wide range of nationalities buying all different asset classes—from extremely opportunistic hedge funds from the US to core players and German funds that will pay high prices if they can buy something which is secure, newly built, on a long lease, and so on. In between, there is a whole spectrum of risk premiums. These are opportunities for the more adventurous investors and those looking for scale.

What is your vision and priority for the coming year?

Portugal did a great deal of work on the fundamentals as a result of the structural reforms imposed on it. This was to get public finances in order and reduce the deficit; however, in the longer term it has made Portugal more competitive and stable; removed the privileges of certain classes and professions; made the labor law more flexible, the state smaller, and the judicial system faster; and improved the lease law, which is extremely important for our industry. As a result, the structure of the real estate market is much healthier, as it is less dependent on bank finance. There will be a crisis, though no one knows when it will hit; however, Portugal is much better prepared today than it was 10 years ago.