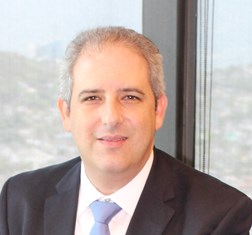 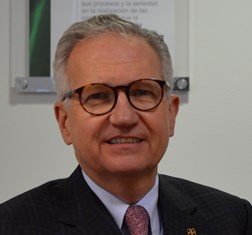 Share on:
Changes in government policy and stresses on the banking sector all factor into the health of the Mexican housing market in 2019.

Can you tell us about what your company expects for 2019?

RENÉ MARTÍNEZ There will be 23 developments during 2019. 17 will start in the first half of the year. To date, we have already started operations in five of them. We will start six developments in the second semester. There will be new projects in all the states where we have a presence. 13 will address the residential segment, seven to middle-income housing, and three will focus on the segment of affordable entry level homes, aimed at the population that does not need a subsidy to acquire a home. Our products are categorized according to the price range, AEL, or houses with a price under MXN300,000 (USD15,954); middle-income housing, from MXN301,000 to MXN850,000 (USD45,210) and residential, up to MXN850,000.

LEONARDO ARANA 2019 for BIM brings many challenges, though we have a great deal of enthusiasm and are extremely positive in terms of our plans. We are aligned with the new government strategy in terms of the housing industry and the developers’ business as well. The implementation process has been extremely smooth. The people in the sector as well as the constructors and developers are in line with the new strategy and new government because they have been defining different ways of constructing better housing and better houses for Mexicans, which is great. Basically, they have been trying to align all the different participants in the market, government, and different sectors, specifically in our case financial institutions to truly focus on a better quality of life for Mexicans.

How does demand for housing, and housing prices, affect your business?

RM The demand for housing is linked to the creation of jobs and formality. To have access to INFONAVIT, you need to have a formal job. In October 2018, INFONAVIT registered a demand from 6.2 million beneficiaries who can access a loan. This increased by 4.5%, according to the figure reported in October 2017. This is derived from 800,000 jobs created during 2017, according to information from the IMSS. These people comply with the requirements of INFONAVIT, and they have resulted in potential claimants for a home. Furthermore, the housing sector is an important part of the economy of the country. According to INEGI, the sector generated 6% of GDP in 2017 and more than 2.4 million jobs. A similar indicator is expected for 2018. We have a presence in the states where INFONAVIT distributes more than 53% of the credits it grants per year for new housing. This is a sign of the dynamism in real estate. Quintana Roo has had a strong dynamism in recent years, derived from the tourism sector and the consequential creation of jobs. However, the dynamism continues in all the states where we operate.

LA The bank’s history goes back 10 years or more, and we have been active in financing low-income houses. We have been keen to adapt ourselves to the changes in the environment in terms of not only the economic environment but also the government strategy in terms of the housing business. Over time and in the last few years, most of the financing has shifted a little bit toward medium-income housing, though we never left the low-income housing business. Right now, almost 49% of our total income goes to low-income housing, so we know the business well in terms of financing such housing. We have been in close contact with the government, advising it that this area requires a reorientation in terms of what developers did over the last four or five years. They have to be more efficient, and there has to be fewer steps in the construction process so that the final user will have a better house and a green house, which we are in favor of. We finance green projects throughout the country, and as in the near future we do not see subsidies as we used to receive from the government, it all depends on the ability and the possibility of developers receiving financing and building houses in a more efficient way. Over time, the cities have been growing.