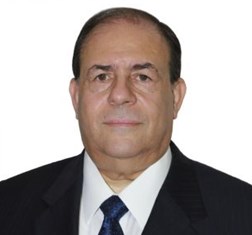 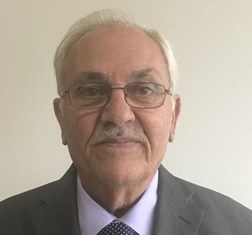 Share on:
Jordan developed solar energy to overcome rising fuel prices years ago and is now exporting its expertise across the region.

What are the challenges for Jordan when it comes to renewable energy?

HANNA ZAGHLOUL Today, Jordan produces more than what it can consume in terms of electricity. However, this gives it an opportunity to seek creative solutions, and one of those is to connect with neighboring countries to enhance regional electricity trade, while at the same time helping Jordan stabilize its own energy grid from renewable energy intermittency. The energy market is changing; the dependence on conventional energy markets is falling. Today, consumers are simultaneously producers, becoming part of the business model, though the legal framework in Jordan has not developed the legislation to allow people to sell electricity unless they sell directly to NEPCO. Over time, this will change. Electric cars will play a pivotal role in the near future, as storage devices and other technologies that will redefine the electricity grid become more commonplace.

How does Hanania Energy, and Jordan more broadly, export its expertise in solar energy?

GEORGE HANANIA Neighboring countries are learning how to issue new laws as we have done; Jordan is a successful case study. Hanania energy is the exclusive agent for US-based solar swimming pool heating systems in the Middle East and Gulf, and there are still many opportunities for exporting. At present, the company is signing an agreement with Saudi Arabia for solar power. In 2015, we contracted with the Jordan River Foundation for 5,000 solar water heaters across 70 communities in Jordan. We work with many other institutes, including the Norwegian Refugee Council, USAID, the EU, the World Bank, and other international NGOs. Notably, we have a large project for PV for schools in the US through Mercy Corps.

How do you envision renewables expanding in Jordan?

HZ Kawar Energy anticipated the increase of electricity production from renewables four years ago and started to introduce and implement small energy storage solutions, off-grid, on grid, and hybrid solutions. We see a rapid change in the electricity market within two to three years, with storage and the smart grid coming into focus. Appliances will also become smarter, knowing when to consume energy and when not to. We strive to become educators in terms of communicating, sharing knowledge, and spreading information to our stakeholders, while also lobbying with them to enhance our legal framework to accommodate and support upcoming electricity market advances, helping Jordan to become a model for the region by exporting knowledge, experience, and know-how.

GH Solar heaters can be used in factories, industrial plants, hotels, homes, and many different buildings. When we install solar water heaters, the payback comes within months, but the lifespan is over 30 years. Households previously paid JOD40 per month in electricity. After installing solar systems, they pay a maximum of JOD15. We have larger systems that target middle- to high-income households. Not many companies work with PV because it requires special certification. The Commission for Mineral Resources and Energy Association is giving certifications in different categories based on the size of project, and there is good coordination between all stakeholders.

HZ The outlook is sunny. We are just at the start of solar energy, which will further grow. The electricity system comprises three main elements: fuel source, generation plant, and distribution grid. However, when considering solar in this formula, the cost of the fuel source is zero. In five to seven years, when energy storage becomes more affordable, consumers will be able to produce and store their own energy and consume when they need it with minimal losses. We have started to witness this today, indicating that the entire electricity model is changing.

GH The private sector is already working with the government, and the situation is stable. Though the economic situation in Jordan is tough, Hanania Energy is receiving funds. For example, we received a Japanese grant recently for civil works on new roads. More specifically, we received grants from the US, the EU, Japan, Bahrain, Kuwait, and the GCC countries. Hanania is a well-established name, and we hope to see a continuation of our name and reputation. Moreover, we want to see improvements in neighboring countries so that we can expand further. We are now busy in Jordan, and in terms of expansion we are eyeing the Iraqi market in the near future.