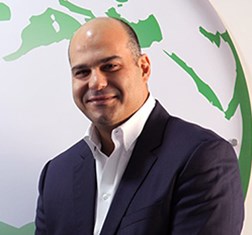 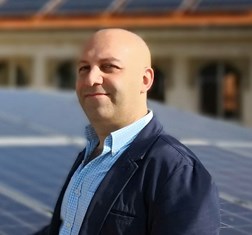 Share on:
With abundant sunlight and the government working to modernize green regulations, solar energy in Lebanon promises to offer great opportunities.

How did the idea behind the company emerge and what do you offer the local market?

SAAD MAAKARON Green Essence began in 2001 when I met my partners. We did a little industrial automation before looking at renewable energy and purchasing some hardware to satisfy our own curiosity. Business picked up from there, and we registered the company in 2008. At that time, we were doing solar water heaters, and soon after we worked with solar photovoltaic (PV) systems. We did several projects in wind energy and many software for the industry in automation and instrumentation solutions. In that way, we work on the entire chain for our customers. We began with three part-time engineers, and now there are seven full time engineers in addition to 25 other staff members. That figure grows and shrinks depending on our projects.

GEORGE ABBOUD My partner and I saw a significant problem with sustainability and how people are using energy and resources as though there is no tomorrow. We decided to invest in green technology with the aim of reducing CO2 emissions as well as save money for our clients. Earth Technologies was first incorporated in Lebanon in 2011, and the following year in Africa. In the past two years, we have opened a satellite office in Kuwait and are also present in Iraq and Syria. Earth Technologies is an energy efficiency and renewable energy company, as well as various emerging technologies including artificial intelligence and the Internet of Things (IoT). The world needs a serious wake-up call and must realize the way we are using resources is not sustainable.

How have demand and public perception for such technology changed in recent years?

SM It took a while to get to where we are today. We were among the first to adopt this technology. In 2012, we rented a special truck and fitted it with demonstration units of LED, PV systems, solar water heating, wind turbines, and other technologies. Every weekend, we visited a different city in Lebanon. We would invite different people to visit before we arrived, such as the local municipalities. It was an expensive project that went on for the entire summer. That was six years ago, and since then, things have improved dramatically. The government has been behind this technology and has instituted programs to finance solar energy. Almost everyone knows about solar energy now; they have seen it on the streets.

GA The payment mechanisms in the Lebanese banks supported by the Central Bank of Lebanon made it much easier for people to acquire these technologies. The government offered a 10-year loan with a two-year grace period. For someone installing a solar PV system, the return on investment is five years, and by the time they make their first payment, they have already saved 50% on the actual system. So, the financial aspect is not much of a problem; it is the actual decision-making. People are generally wary of the technology, not knowing how it works or how to maintain it. That is where our company plays a major role. We educate people on how to view the technology as a tool and direct them in financing their investment.

What are your main business objectives specifically for 2018?

SM We review our objectives all the time, though we continually seek to keep our customers happy. When we started this business, we only had a handful of customers. We supported them for free for years. This is one factor that has paid off the most, and we seek to maintain the same level of service. We plan to continue supporting our customers for free. We are well positioned to do this because we are based in the center of Lebanon, more or less, and have the staff to do so. Word of mouth is extremely important in Lebanon; we never spend money on advertising or marketing.

GA We are currently working on various solar power plants in 2018. We plan to expand into Saudi Arabia; it is an interesting market given the changes that are happening and the plans to build up NEOM city. We are also focused on developing solar power plants in various markets, such as Lebanon, Syria, Cameroon, and Zambia. Sizes range from 10-100MW. We are also working on energy projects such as renewable energy systems that are neither solar nor wind. Renewable energy will not look the same in the coming years; the technology will rapidly change.