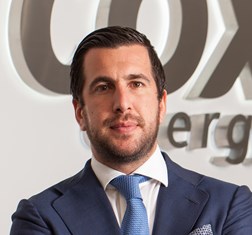 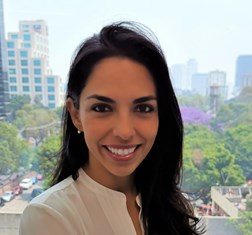 Share on:
With a much-improved regulatory landscape, solar is surging forward in Mexico with top firms bringing expertise from other world-leading markets such as Germany and Spain.

How did you decide to enter the Mexican energy market?

ENRIQUE RIQUELME We entered Mexico between 2013 and 2014 because of the energy reform, when Cox Energy saw that the country was heading in the right direction in terms of regulation. In Mexico, solar radiation is incredible and adequate for long-term operations. Importantly, the tenders were and are in dollars, which helped concretize the viability of our project along with the natural resources of the country that keep the cost of our operations down. The company already has projects in several places, but the main ones are in Zacatecas, Sonora, Hermosillo, Veracruz, State of Mexico, and Campeche. In Mexico, we have a power purchase agreement (PPA) with CFE and other private groups. At present, we are building several projects; the 2.5GW we can install in Mexico will take approximately four years. We studied the Central American market for additional opportunities, but we found that it needed to mature. However, Chile has proven to be an interesting market as well with a stable regulatory framework.

ANGÉLICA SOTO REAZA This decision was mainly due to the country’s resources and the opportunities it offers. Mexico has high levels of industrial activity and a privileged geographic position; its industrial and economic levels also bring an important growth projection where we see a great deal to exploit. On the other hand, the transmission network has more to improve. Other motivating factors are Mexico’s economic growth and the energy reform, which was well conducted, even with the government transition. In addition, we see a great opportunity in terms of the end user in terms of energy delivery, reliability, and prices. In general terms, the energy reform ensures that users have better energy and prices, but require competition, and there is nothing better than a competitive market.

What are your star projects in Mexico?

ER One is a small project in Sonora. This location has an abundance of solar resources and was the first project I bought in Mexico without a PPA. There is another project in the State of Mexico that has less radiation but is still attractive as it has the potential to expand. We are also building a project of 118MW in Veracruz and are going to start construction on different medium-sized projects in Sonora and Campeche. The energy and business model in Mexico includes public tenders mainly from CFE and tenders with private companies with a proven long-term focus. We are in the entire value chain here; we develop the parks and invest. Although we do not build, we subcontract that part and operate the plants throughout their life period. Apart from the large-scale generation, we have another business niche for Mexico: we carry the representation of our plants and those of others in the market. Another of our segments is distributed generation with net metering with large industries. Similarly, the company is in the niche market of electricity generation that has nothing to do with public or private PPAs, but with the sale of energy in the SPOT market. We will develop small- and medium-sized projects to generate spot market energy.

What sets Mexico apart as a market?

ASR There are two significant differences between Mexico and Spain. In the latter, there is only one network, which means a unique price and a single node, which makes it easier and liquid. The price connection between Portugal and Spain makes markets more liquid, competitive, robust, and reliable. In Germany, on the other hand, there is a market coupling to an integrated European electricity market, which is expected to increase liquidity, efficiency, and social welfare. A significant challenge for all the companies that come here is adapting to the electrical market where there are different nodes. It is a system similar to the US one, which results in complexities; however, we can apply our experience from European markets to Mexico once there is greater maturity in the regulations, participants, users, and so on. For the market to flow, grow, and work as it should, there must be a great deal of participation and incentives for all market participants to do things right.