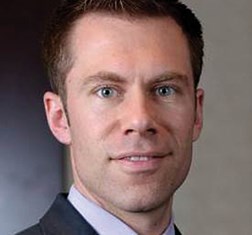 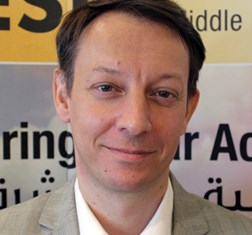 Share on:
Though competition is fierce and the local market not yet profitable, the appetite for solar, and the public policies needed to ensure its permanence on the scene, are in place.

What segment of the market do you focus on?

DANIEL ZYWIETZ Enerwhere was founded as a solar rental company with the aim of reducing the fuel consumption of diesel generators. After deploying our first projects in 2014, we realized that most people didn’t know what to do with the equipment, so we shifted our business model from renting out equipment to a utility model, where we provide power and cooling as a service to commercial and industrial customers. We provide reliable power 24/7 using our proprietary solar-diesel hybrid systems at a lower cost than conventional diesel generators. During the day, as much power as possible is drawn from solar, while high-efficiency generators provide power at night and other periods with limited sunshine. We are now adding batteries to further increase the solar share and system reliability, while reducing the required generator capacity and diesel fuel. In fact, we recently installed the Middle East’s largest lithium ion battery on a construction site in Dubai International Financial Centre (DIFC). We are continuously testing new technologies, different solar configurations, panels, mounting structures, trackers, controllers, and in this case batteries to improve our service offering. Next spring, we will scale-up further, adding more battery installations around the UAE. Enerwhere helps reduce fuel consumption and CO2 emissions by 30-50% and costs by 10-20%, depending on the setup.

KAREL DE WINTER Alsa Solar Systems is a solar system integrator that began eight years ago in the Abu Dhabi Masdar Free Zone. The segments we focus on are four-fold. One is the on-grid market in Dubai, which allows people to generate their own energy; the second are hybrid systems and diesel replacement; the third is solar solutions or items such as solar car park structures, pumping systems, and lighting systems; and the fourth are solar thermal systems, which means hot water generation mainly for commercial clients. Alsa Solar has been in Dubai for the last three years, has around 35 employees, and is growing rapidly. Our primary focus is the commercial industrial segment. Businesses that currently purchase electricity from Dubai Electric and Water Authority (DEWA) have an opportunity to generate their own to save on their electricity bills. The residential market is a small segment that will eventually develop.

What does the solar energy sector look like in Dubai?

DZ The total installed solar capacity in Dubai in August 2018 was about 500MW with another 1,000+ MW contracted, making it one of the largest players in the region but still tiny on a global scale. Of this capacity, about 50MW is on rooftops, which is still very little compared to the potential in Dubai (around 1,500MW on just large industrial rooftops). This means there is a great deal of growth potential, and with investment in solar panels having become very attractive we see the market picking up rapidly. Owners of factories and warehouses can now install solar panels and achieve a payback time of four-five years, for an asset that lasts 25 years with minimal maintenance. In financial terms this equates to a return of 15-20% annually—not bad compared to the 2-3% return of a bank deposit. While there are around 70 solar companies registered with DEWA’s Shams Dubai initiative, in terms of contracted pipeline, Enerwhere is one of the largest players in the commercial and industrial segment with about a 25% market share this year.

KDW We seek to work with DEWA, which has been supportive of the solar industry in general, in order to boost uptake. Dubai will indeed become a solar hub for the region, and we will export solar systems, expertise, and know-how to surrounding countries. Every DEWA client receives a monthly energy bill, and we want to send a small flyer in an energy bill from DEWA that states 1,000sqm of roof can generate AED125,000 worth of electricity every year. One of the biggest portions of the cost of solar energy is setting up the system. After that initial capital investment, the price itself comes in at around USD1.78 per kWh. That is cheaper than any other form of energy generation in the world and proves that, once amortized, the costs of the solar system can outperform any other energy generation. Dubai has large oil fields below and large energy fields above, and is willing to tap into both. It would be a waste not to do this. Eventually someone will build a solar field for an extremely low price and sign up for the 20-25-year operation and maintenance package, practically eliminating fuel costs. There is even room to incorporate solar alongside Dubai’s traditional energy sources. As energy resources start to run out, it is vital that we become more creative.