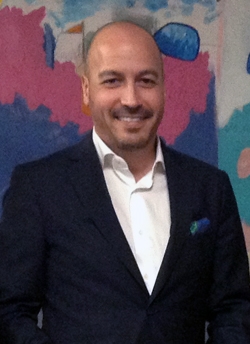 Carlos Jacks graduated in Mechanical Engineering and Administration from Monterrey Technological Institute and later obtained his MBA in Finance. He worked at Metalsa between 1989 and 1992 as an Account Executive and Financial and Planning Assistant, before joining CEMEX. He has worked with CEMEX around Latin America, including Mexico, Colombia, Costa Rica, Puerto Rico, and the Dominican Republic. He is currently CEO of CEMEX Latam Holdings.

Share on:
"Over the past three years, we have doubled our business."

Which of CEMEX’s products and services have been driving company growth?

The key purpose of the company is to produce cement, ready mix, and aggregates, but in addition we have established a new group of businesses—for example, infrastructure, housing, and retail, among others to support our core business. In terms of our three main products, the one that is the simplest to track is cement. Since the second half of last year, cement demand has seen double-digit growth rates almost every month, despite a small demand contribution from infrastructure projects. Construction activity has been driven by the housing, commercial, and industrial sectors. As you know, cement is not used alone, but in conjunction with aggregates, as ready-mix. In this context, ready-mix is growing at a much faster pace than cement, as it is used by the formal sector for major housing, industrial, and commercial projects. In light of this, we have developed our housing and infrastructure solutions initiatives. We want to promote new projects in these sectors and participate in the entire process —the financing, technical aspects, design, engineering, and even the construction itself. In 2013 we built around 6,000 homes in Colombia, mostly related to social housing. We have already been awarded the construction of a further 12,000 homes. In terms of infrastructure, we have focused on highways, roads, and airports under the public-private partnership (PPP) law approved a while ago. Our other business initiative is focused on the retail sector, where we have created a franchise retail network called Construrama. So far 300 distributors have agreed to join the program, and there are about 170 stores already in operation. We aim to expand the network by a further 200 stores in 2015, and Construrama is already the largest hardware store retailer in Colombia. Construrama is now offering around 5,000 different products. We have pursued such an undertaking based on our conviction that Colombia is prepared for consistent growth over the medium term. There are several reasons leading to this conclusion, including the country’s investment-grade status, which has attracted foreign investment, and the fact that Colombians today are also investing significantly in the country. In addition, Colombia enjoys fiscal discipline and a solid banking system. We also enjoy a positive macroeconomic environment. Meanwhile, the political arena is supported by social cohesion, forward mobility, and security, which could only be improved by signing a peace agreement. The other factor to highlight is infrastructure, particularly its current limited condition. In terms of landmass, Colombia is equivalent to the area of France and Spain together. Yet, we only have 1,300 kilometers of two-way double-lane highways and around 3,000 kilometers of railroads, whereas Argentina, for example, has 25,000 kilometers. In the competitive index, in terms of overall infrastructure, Colombia ranks 117 out of 148 countries. When you add up these factors together, it is difficult not to believe that Colombia will grow consistently over the medium term.

Are there any regional dynamics that explain your growth?

Over the past three years, we have doubled our business. Regionally, the Caribbean Coast is the most dynamic market, largely due to the free trade agreements (FTAs) and the condition of its infrastructure. It’s clearly an advantage for exporters to be located on the coast. Three years ago, we had limited participation in the Caribbean Coast, but we have tripled our market share. The Caribbean coast is experiencing strong growth. In terms of sectors, housing has been the main driver for demand of our products, but going forward we expect a higher contribution from the infrastructure sector. To provide some context, the fourth generation of concessions, which represents an investment of about $26 billion, is expected to be deployed over a period of five years, starting around 2016. If we assume an average of $5 billion dollars per year and given that cement intensity for large-scale infrastructure projects stands at around 10%, this translates into about $500 million dollars per year invested in cement. At current cement prices this results in more than 2 million tons per year in a market that consumes around 12 million tons of cement. Even with conservative assumptions, this program could have a significant impact on consumption. And in addition, we would need to consider demand from the housing sector, PPPs projects, and regional infrastructure works, among others.

“Over the past three years, we have doubled our business.”

How much of an impact will your newly announced plant in Antioquia have on revenues and volume growth?

This facility is expected to increase our current capacity in the country from 4.5 million to close to 5.5 million tons of cement per year. Given that we are currently operating at a capacity utilization rate of about 80% to 85%, we certainly need additional capacity. We expect Phase I of the construction process to be completed during 2Q2015, and the second phase by 2H2016. Antioquia is a region in which we already participate, but have no production, and it is one of the largest markets in Colombia. This new plant is going to be very well connected, in close proximity to new highway projects, railroad concessions and, is just 60 kilometers away from the Magdalena River.

What was the strategy behind the creation of CEMEX Energy in June?

To clarify, we incorporated this business unit not to produce and sell energy to the third parties. The cement industry is very intensive in terms of electricity consumption. We already generate about 62% of our own electricity needs, but we see an opportunity for this new company to participate in the system and get better rates on electricity. At the same time, we have plans to increase our own production of electricity. Our goal is to reach 80% of our own needs by 2017 through different initiatives. Through this strategy we expect to benefit from our participation in the system, although, as I just explained, we are not planning on selling electricity to third-parties.

Are there are any infrastructure projects of specific interest to you?

We are working mainly on two initiatives: social housing and roads. We are helping municipalities improve their road network, with a focus on tertiary road systems connecting small towns. This is a very attractive business case for the country and it creates new demand for us as well. This approach has been received with a lot of enthusiasm throughout Colombia. We have plenty of projects in the pipeline, but the execution process presents several challenges. There is significant potential in Colombia in terms of projects under a PPP-scheme and, if we could open that door, we would create new demand and continue participating in the development of the country.

How are you trying to open that door?

It requires active dialogue at different levels. For example, we are developing a project to improve the road system in Pereira, and we are working with different political authorities in the region. In other markets, we have significant experience in promoting projects like this.