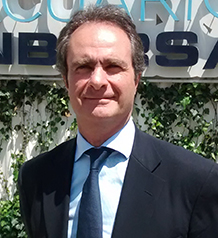 Alejandro Nasta is President and CEO of Blau Life SAPI. Before founding Blau Life, he spent more than 30 years working at leading companies in several sectors such as the auto parts industry, food service industry, finance, and entertainment industry.

Share on:
TBY talks to Alejandro Nasta, President of Blau Life, on the process of establishing Blau Life, integrating the facility into the larger entertainment market, and expansion plans.

How was the idea of creating an aquarium in Mexico City born?

About five years ago I came up with the concept of creating an aquarium in the capital, and we finally opened it in 2014. Personally, I have always been interested in the concept of “edutainment,” which merges education and entertainment. I wanted to build a business around that idea, and started thinking of establishing an aquarium because it was the perfect system for reaching several audiences. At Acuario Inbursa, we have kids that come with their schools and parents, as well as young people and senior citizens who all come to learn and enjoy themselves here. It is for everyone and for all ages. Once I decided to create a business plan to build an aquarium in Mexico, I began traveling around the globe and visited nearly 80 aquariums. I studied how they were built, what characteristics they had, and I picked out the things I liked the best from each. Next, I hired a team of biologists who studied the biological characteristics that the project should have. Finally I came up with a full business plan and presented it to several investors and, eventually, the Slim family liked the idea and decided to support the project to establish it in Plaza Carso.

Acuario Inbursa has been operating for a full year. How has this transformed the leisure offering in Plaza Carso?

It has been a great year. We have had approximately 1.3 million visitors since we opened our doors in June 2014. Acuario Inbursa has truly empowered the area, and Plaza Carso offers business offices, restaurants, movie theaters, bars, stores, and its celebrated Museo Soumaya. The aquarium is just what the area was missing, providing a plethora of leisure activities at the plaza. For instance, people might come to the aquarium for a couple of hours, but they will then go shopping or to a restaurant.

What expansion plans does Blau Life have for Mexico and abroad?

We currently have several projects. Firstly, however, we would like to expand our current project beyond the current building by using temporary exhibitions in the Plaza Carso. In addition to this we plan to open new aquariums at Playa del Carmen, Quintana Roo, and León, Guanajuato. It will not be the current building, but we could set certain temporary exhibitions in Plaza Carso. Besides, we are going to open two new aquariums in Playa del Carmen, Quintana Roo, and in León, Guanajuato. That is part of our ongoing plans to open up to 12 aquariums across the republic. We recently signed an agreement to open an aquarium in New York that will be located in Times Square. There are no aquariums in New York, so I have been searching for investors and properties over the past couple of years and now I am proud to announce that Blau Life will build an aquarium there. We have just bought a property between Broadway and the 44th street, and we are excited because it is in a premium location in Manhattan where good properties are scarce. The aquarium will be close to all the musicals in Broadway and we think it is going to be a success. It is going to be about 30% larger than the one in Mexico City, and we expect to have the same amount of visitors in the first year. The investment will be about $30 million. This aquarium is going to be very similar to the one in Mexico City but will be more spectacular.