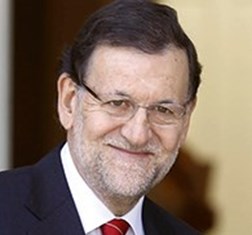 Spain and Lebanon Under the People’s Party

Share on:
“Both Spain and Lebanon share a common Roman and Arab heritage, clearly visible in our cultures.“

How would you describe relations between the two nations?

I would rate them as excellent. However, this is not a relationship that has come out of nowhere. The link between Spain and Lebanon has deep historical roots that have sailed across the Mediterranean. For example, some of the most important cities in southern Spain, such as Malaga or Cadiz, are of Phoenician origin. Both countries also share a common Roman and Arab heritage, clearly visible in our cultures. For all this, it is easy to understand the closeness and mutual affection between our peoples. On the other hand, the traveler spirit of the Lebanese and the appeal that the Spanish language exerts on a polyglot population play in favor of the diffusion of the Spanish culture in the region. We cannot forget the millions of Lebanese who live in Latin America and use Spanish as their language of communication. Spain always stands at the side of Lebanon in times of difficulty, as evidenced by the efforts in favor of the Middle East peace process, the presence of Spanish troops in the UN Interim Force in Lebanon (UNIFIL) contingent, or the development cooperation projects financed by Spain.

Is there an area where bilateral relations can be enhanced?

I would like to emphasize Spain’s commitment to maintaining peace and stability in the region, in accordance with UN Security Council resolution 1701. The Lebanese authorities and people appreciate the important Spanish participation in UNIFIL, especially after the sad event that resulted in the deaths of six soldiers from a terrorist attack in June 2007. I know the good work of the General of the Spanish Division Alberto Asarta Cuevas controlling the Mission of UNIFIL between 2010 and 2012 is still remembered. We must also point out the importance of civilian operations carried out within the framework of UNIFIL, which have a great impact on the local population and contribute to improving their living conditions. In the economic-trade area, we are working on intensifying commercial relations and on publicizing investment opportunities open in that country for Spanish companies, in sectors where we have great experience and competitiveness, such as renewable energy or infrastructure. In this sense, in 2015 a Hispano-Lebanese Business Council was created to strengthen commercial relations between the two countries. At the same time, it should not be forgotten that Lebanon will play an important role in the reconstruction of Syria, when it occurs. What’s more, the Cervantes Institute in Beirut, whose new headquarters will soon be inaugurated, is a great example of the interest Spanish awakens in Lebanese society. We are working to consolidate the teaching of Spanish in primary and secondary education and are pleased that Spanish has been recognized as an optional language in the Lebanese education system. The contacts and exchanges between Lebanese and Spanish universities are intense and constant. In terms of tourism, more Lebanese visit Spain each year and vice versa. Lastly, Spain has traditionally been a country of solidarity with Lebanon. We were a main contributor to the Lebanon Recovery Fund after the 2006 war and have been major donors to the UN Refugee Agency (UNRWA) in Lebanon.

How do you foresee the evolution of trade relations given the instability of the region?

The country is always able to overcome the challenges it faces. Despite a particularly complicated regional environment, Lebanon has managed to overcome the institutional blockade that has paralyzed it in recent years, electing a president and forming a government. To this must be added the recent agreement to approve a new electoral law and set a date for legislative elections in May 2018. Hopefully, this will bring confidence to investors. The Lebanese government has also launched bidding processes for the exploration and exploitation of gas and oil, which will undoubtedly revitalize the national economy. There are many leading Spanish companies in these sectors that wish to contribute to the growth and expansion of the Lebanese economy.