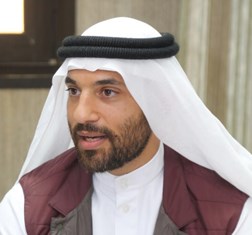 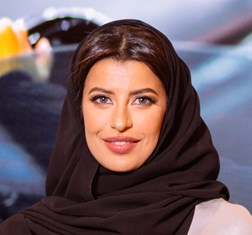 Share on:
Vision 2030 emphasizes heavily on sports and entertainment, and a well-established sports culture in Saudi Arabia could go a long way toward fixing some underlying issues related to health and global recognition.

What is the background of the SSF?

FARIS E. ALSAADY We are a Saudi Federation that works closely with the Saudi Olympic Committee and the General Sports Authority. We are the only Saudi member of the International Shooting Sport Federation based in Munich; therefore, we are the only federation in the country that represents Saudi Arabia internationally, and the national team per definition falls under our umbrella. The SSF was founded in 1979, but until today the federation has only been open to members of the military, National Guard, defense, and all military-government entities. However, the government wants to have as many participants as possible to be active in sports and get into cultural sports internationally. We are working on expanding the SSF’s presence nationwide and increasing its footprint internationally.

Where does your affinity with the automotive industry come from, and what are your responsibilities within SAMF since you were appointed board member in December 2017?

ASEEL AL HAMAD Since my childhood, I have been captivated by cars. I did not only look at car design, I was also interested in mechanical engineering. This passion grew and I became an active follower of motorsports news, watched races, and learned how to drive on racetracks. The most exciting experience was the Corso Pilota at the Ferrari Factory, which is held at the Fiorano Circuit in Italy. In the GCC, I continued to participate in open track events and after King Salman’s decree allowed women to drive in the country, I received many offers to participate. As this is largely unchartered territory for Saudi women, I was glad to accept the offer to become a SAMF board member. One of my contributions is to support Princess Nourah University with its safety campaigns. We collaborated on an Action for Road Safety campaign, working with a network of Saudi and global influencers to raise awareness of road safety. I represent Saudi Arabia at the FIA Committee for Women in Motorsports, under the presidency of French rally driver, Michele Mouton. This committee aims to facilitate and value the participation of women in all aspects of motorsports.

How do you estimate the potential growth of the shooting sector?

FEA Shooting is an important part of our culture as there are passionate target shooters across the country. Once they can finally practice and compete in a regulated environment, the amount of interested people will be in millions. These hidden talents will also be able to flourish on an international level. One of the main factors pushing the sport forward is that the sector is undergoing privatization. The government is concentrating on PPPs and opening many doors for private-sector participation. This exemplifies my appointment, as it is the first time that the SSF is being led by someone from the private sector. At the same time, the public sector is still heavily investing in sports facilities. By 2020 and 2030, respectively, the government wants 20% and 40% of the population to participate in sports activities. The shooting sector also has high potential for female participation since the physical nature of the sport does not entail complicated balancing that you would see with sports like swimming. All these dynamics combined are set to boost the local shooting and broader sports sector.

What are your expectations for motorsports to flourish in Saudi Arabia?

AAH The motorsports sector is growing rapidly here. Today, we are witnessing sport-related events on a weekly basis, ranging from drift races to all sorts of competitions. A new track will open in Jeddah soon, with global standards for both racetrack and facilities. The General Entertainment Authority and the General Sports Authority were established to drive entertainment and sports, and under Vision 2030, our expectations for motorsports to develop are high. Vision 2030 not only strives to support professional athletes, but also to encourage mass participation in sports. The General Entertainment Authority recently sponsored the Race of the Champions at the King Fahd National Stadium in Riyadh. This race allows international champions in various sports disciplines to compete against each other on an equal scale, seeing the true capabilities and skills of the drivers rather than their vehicles. I was extremely proud to watch Saudi professional racers competing against world champions.