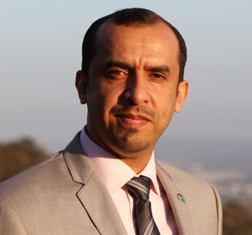 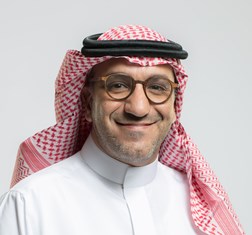 Share on:
Global Sport Gate and Tatweer Sports are starting to transform athletics and team branding in Saudi Arabia, which hopes to become a global destination for sporting events under Vision 2030.

Can you tell us a bit about your company?

ABDULRAOUF AL-BAIJAN Our vision is to become the ultimate destination for youth-orientated and sports-related leisure and entertainment. We aim to provide state-of-the-art facilities and programs for the youth of this country at an affordable cost. This company was established three months before the General Entertainment Authority was established. So far, we have held sports camps for the national club in Austria and Turkey. We had different departments, including IT for camps, courses for training, consultation, and athletic and entertainment infrastructure. We thought building the facilities and venues was the most important part. Saudi Arabia is a big country. We have a large population of about 27 million, but we do not have enough facilities. Our customers are the large government departments such as Aramco, SABIC, the Royal Commission, ministries, and all the schools and universities. The government has spent and invested a lot on building beautiful stadiums, special sports cities, and infrastructure. Now, the private sector should do more in terms of building facilities that contribute to the betterment of society.

WAHDAN AL-KADI Tatweer started in 2008 by offering merchandise, accessories, and sportswear for a Juventus Football Club store. In 2011, we decided to take our international experience to the local clubs, as the branding rights for clubs were beginning to gain consumer interest. We did the first sponsorship for Al Hilal FC in 2011. We met with Mobily, which owned the rights to Al Hilal FC, and agreed to open a store with the club and share revenue. We also signed with Al Nassr FC in 2012 through STC to manage its store. We signed another deal with Al Ittihad FC in 2013. These are the three biggest clubs in Saudi Arabia, and we have exclusive rights. In 2014, we signed a new contract with Al Nassr FC to manufacture its uniforms through our sourcing capabilities in Turkey. We become the only authorized producer of the rest of its accessories. We created a brand for the club and secured intellectual property rights for these creations.

How can Saudi Arabia strengthen its profile in sports globally? How does your company encourage interest in sports?

AAB It should be a dual strategy, and one part of it can be working with universities, for example. The US has one of the top-five national volleyball teams in the world, yet it does not have a league. We should focus on making our university leagues stronger by making them official, providing awards, and broadcasting matches on television. This will bring sponsorship money that will benefit players and push them to work harder. Making sports leagues official goes a long way, for example. In the NBA, fans even know what shoes the players are wearing because of the media attention. The universities do not have the facilities, however, so we are starting from the beginning. We are finding the people who would like to work on sports promotion. That way, we can certify them. They will help boost the creation of required facilities.

WAK We want to change people’s perception of sports outlets. Moreover, to hedge our risk exposure with a strategy based on the success of the clubs we work with, we decided to go beyond retail and enter into game management. In this way, we will handle all of the matches played at home, from safety and security to catering and ticketing services. Last but not least, we wanted to branch out of soccer and sportswear, look into the Saudi federation’s programs, and align our objectives. This all involves starting academies and building stadiums. We believe we can collaborate on that with other sports-related organizations. We began looking at increasing our export capacity. We can localize manufacturing once we achieve scalability. We produce more than 200,000 jerseys per year. With more funding, we can figure out how to manufacture locally and scale up.