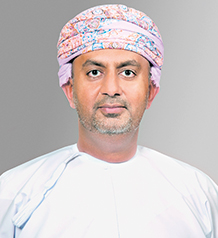 Share on:
TBY talks to HE Dr. Ali Masoud Ali Al Sunaidy, Minister of Commerce and Industry (MOCI), on milestones achieved by the ministry, current trade relationships, and the country's development goals.

What were the ministry’s main milestones for 2017 and major plans for 2018?

The ministry will continue expanding its Invest Easy platform in order to facilitate trade and investment. We hope to sustain at least 2.5% GDP growth for 2017 and 2018. We continue to work with other government agencies in order to ease doing business in Oman. This is crucial under the circumstances of falling oil prices and increased costs of manufacturing. Energy efficiency is another aspect that the ministry watches closely. From January 2017, it was important for the government to introduce cost-reflective tariffs for electricity, primarily to large manufacturers and service providers. The ministry, therefore, has been promoting the use of solar energy in industrial estates. In fact, increased electricity tariffs on midday during summer would open a range of investment opportunities. Businesses can consider energy mix alternatives as well as better utilization of the off-peak lower tariffs. Another area the ministry promotes is expanding the use of private sector finance for infrastructure projects that the government traditionally funded. In 2018, we will see more private financing in industrial estates. In fact, we inked in 2017 a OMR50 million (USD129.88 million) project to finance the expansion of the Establishment of Industrial Estates. Such a shift to private finance will continue in the coming years in order to reduce the over-reliance on government funding for industrial estate expansions. Also, as an outcome of Tanfeedh program, the ministry is now promoting the introduction of REITs. Such funds—once listed on the Muscat Stock Exchange—can become another tool for financing buildings, roads, and utility networks. Finally, the ministry is engaging with the promotion of industrial innovation. The government already provided the fund for the expansion of the Center for Industrial Innovation at Rusayl Industrial Estate and the establishment of the Innovation Factory at Knowledge Oasis Muscat. The ministry is also partnering with Sohar University to establish an industrial design center at the university. Oman is thus becoming a more outward-looking country, welcoming foreign investment. This puts pressure on easing the regulation for foreign investment, which is why we are rethinking our FDI law to make it more attractive.

What is the current state of Oman’s import and export relationships?

There was a drop in our export and import values due to low oil prices, especially in 2016. However, our imports and exports were steady in 2017, especially to and from the Arab world, and we benefit from the Arab Agreement. Similarly, for the GCC, most of our imports and exports are steady; we still use many materials produced in the GCC for our industrial purposes. We also see more direct trade with Iran. Traditionally, our relationships were built on third parties; however, in the last three years we have seen more direct imports and exports. At the same time, there was significant growth in trade with Iran from USD560 million to nearly USD1 billion, which is expected to have grown further in 2017. Our business community is now paying greater attention to Africa and Asia, and we have been part of successful export promotion trips to Africa, focusing on Ethiopia and Tanzania.

Where will the ministry see the most development in Oman in 2018?

We will see a shift in Oman in the housing sector, and there will be a growing segment in affordable housing. The new generation will rent or lease their houses or flats rather than build their own. There is great competition for affordable housing, as approximately 30 companies are competing for South Batina’s first affordable housing project. We are preparing ourselves for the next five-year plan, where government funding for houses will change as government housing loans will be mainly channeled through the Oman Housing Bank. Houses will be built by private companies instead of the Ministry of Housing, while government assistance will be in the form of reduced interest rates for those in need.