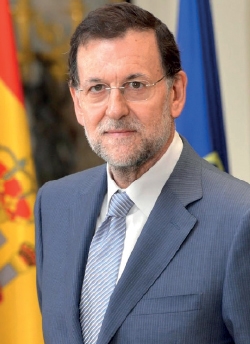 Share on:
Juan Manuel Santos visited Spain in January 2014, his third official visit since he was elected. Could you comment on this historic relationship and how this meeting served to strengthen […]

Juan Manuel Santos visited Spain in January 2014, his third official visit since he was elected. Could you comment on this historic relationship and how this meeting served to strengthen ties?

Relations between Colombia and Spain are a good example of multi-partisan continuity in foreign affairs. Regardless of the political orientation of any given government, our bilateral relations are stable, with an intensity only comparable to the bonds that unite us, and our level of understanding. However, when I arrived in government, I wanted to give Colombia the prominence it deserves in Spain’s foreign policy. Colombia is now one of the best allies of Spain in the world. Along with Mexico, Colombia was the first country I officially visited as President of the Government of Spain, in April 2012. In May 2013, I returned to Colombia to participate in the Summit of the Pacific Alliance in Cali. President Santos also came to Spain in 2012 for the Ibero-American Summit of Cádiz, and in 2013 he made a stopover that ended up having such fruitful content that it was more of a working visit. Notably, His Majesty King Juan Carlos attended the inauguration of President Santos’ second term in office. This was an exceptional trip, the first since his abdication and the first such event he had attended in decades. It is no coincidence that Colombia was the chosen country.

Juan Manuel Santos has hailed your initiative of eliminating visa requirements for brief stays by Colombians in the EU. What makes this goal so important for the Spanish government and what did the diplomatic effort to convince Brussels entail?

The initiative to persuade the EU to revoke the Schengen visa requirement for Colombia and Peru implied an intense diplomatic offensive, meant to explain the new reality of Colombia. My government and the ambassadors of Spain in the 28 European capitals were mobilized for this purpose. With strong arguments, conviction and determination, we went from just one single country in favor—Portugal—to full consensus in less than three months. Spain showed, with concrete evidence, that it strongly supports Colombia. This initiative was an act of justice. Hence its relevance: there has been a recognition of Colombia’s progress, and of the contribution to our development of the hundreds of thousands of Colombians living in the EU. In Spain there are about 400,000 Colombians, a number that decreases as they acquire Spanish citizenship and become dual nationals (more than 200,000 since 2000), demonstrating their perfect integration. Now, for the first time since 2001, their families will come to visit them and they will be able to be together again without the difficulty of the visa requirement. It is an initiative that benefits citizens and, as such, is extremely positive. It is also an acknowledgment of the progress of Colombia in recent years, particularly in terms of economic growth, international integration, security, and social cohesion. The efforts, perseverance, and sacrifices of Colombians have paid off. Colombia’s recent governments have made a wise bet in trade liberalization, legal certainty and security. The Multiparty Trade Agreement between the EU, Colombia, and Peru, which entered into force on August 1, 2013, provided a great argument for the abolition of the Schengen visa requirement. Colombia could not be the only country in Latin America, along with Peru, from which the EU required a visa despite having a free trade agreement (FTA) in force. Colombians had to be able to perceive that free trade is good and benefits them directly. With this initiative, Colombians will soon be able to access, without a visa, the largest area of free movement in the world. I believe that, in early 2015, the Schengen visa will have become history for our beloved Colombians.

You have declared that you “believe that the Pacific Alliance is a magnificent idea. It represents many opportunities, more freedom, greater legal certainty and, above all, more jobs, wealth and well-being, here in Spain and throughout Europe.” What is the significance of maintaining a close relation with this alliance for Spain?

My government has paid special attention to the Pacific Alliance since the beginning. The Framework for the Pacific Alliance Agreement was signed in Cerro Paranal on June 6, 2012. Spain became the fifth observer state, the first from the EU, five months later. Today, there are 32 observer states, including the US and China. Spain must differentially support those countries that believe in trade openness, legal security, and clear and predictable game rules. These countries have strong and independent political institutions that give confidence to investors and public welfare. It is the economic integration process that resembles the most to that of the EU and that has never been seen before in Latin America.

Like the EU, the Pacific Alliance has four fundamental objectives: free movement of goods (and the creation of a comprehensive internal market), services, capital, and people. The Pacific Alliance is getting closer and closer to a real and deep integration. To mention only a recent achievement, the incorporation of Mexico into the Integrated Latin American Market (MILA), announced at the IX Summit of the Pacific Alliance in May in Punta Mita (Mexico), means the creation of the largest stock exchange in Latin America in terms of capitalization and number of trading companies, rising from 565 to 986, on an increase of 43%. Let me stress that I wish the same level of success to Mercosur as to the Pacific Alliance. I believe in integration in itself because, as a European citizen myself, I know about its benefits for citizens. The concept of integration implies openness, inwardly and outwardly. I also support the development of Mercosur and of it’s relations with the Pacific Alliance, which could boost intra-regional trade, so far limited to 20%.

What areas will Spain and Colombia focus on, and how do you foresee relations between both nations developing in the medium term?

Colombia and Spain must constantly raise their level of ambition in terms of bilateral relations. We are two countries with a special tune and therefore a willingness to cooperate in all areas. Spain has long been betting on Colombia. Spain has been betting on Colombia for a long time. We have never had doubts about Colombia’s capacity to overcome the adversity of conflict. If a peace agreement is finally reached, as it is our wish, Spain will be there, offering whatever cooperation Colombia may need. On the other hand, we have numerous companies with international experience that are already contributing to the development of the infrastructure that Colombia needs, as illustrated by the expansion and modernization of the iconic El Dorado airport in Bogotá, among other examples.

Climate change, rural development, science and technology, energy, and talent mobility are just a few areas we can work together on. Nothing from Colombia is alien to us, and everything that is Colombian interests us. In fact, we should note that despite the crisis, Spain’s investment in Colombia continued to increase, from ‚¬5.79 billion in 2010 to ‚¬6.12 billion in 2012, an increase of 5.7%. The increase in Spanish exports to Colombia is spectacular; between 2009 and 2013, exports rose by 97.2%. With the entry into force of the Multiparty Trade Agreement between the EU and Colombia on August 1, 2013, we can expect that our trade to increase further and reach the level we should aspire to. Spain also needs Colombia, especially its companies, and the talent and resourcefulness of Colombians. Colombian companies are internationalizing, in Central America in particular. It’s time for them to come with conviction and determination to Spain, which offers nothing less than the entry door to the world’s largest integrated market, the EU. I think we should target higher Colombian investment in Spain, a figure that currently stands at only 30 million. In this sense, we need to take advantage of the full potential of the Multiparty Trade Agreement in force between Colombia and the EU. This FTA includes a national treatment clause, by which Colombian companies may invest in Spain like Spanish companies, with the same facilities and without discrimination. I hereby encourage Colombian companies to invest in Spain, with a long-term perspective, taking advantage of this great new opportunity. Finally, Spain will continue to support Colombia in its further international integration, as we have done for the country’s coming entry into the OECD, the club of good government practices for the most advanced countries. Colombia also helps Spain, as it did for our entry into the Pacific Alliance as an observer state. As I said at the Universidad Sergio Arboleda in Bogotá when I received its Doctorate Honoris Causa on April 19, 2012: I believe in Colombia, and I say it wherever I go.