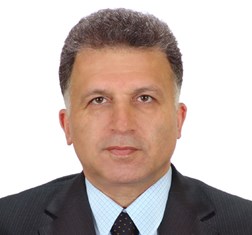 Sekip Senturk is Deputy CEO of SA Baytur Construction, appointed in 2010 following a long career within the construction sector. Starting with Baytur in 1982, he was based in Geneva, responsible for business development in Turkey, Iran, Iraq, India, and Pakistan. He then continued for 25 years as President of EPE, the US subsidiary of the Cukurova Group. In 2004, he returned to Baytur as the company’s US Country Director. Senturk holds a bachelor’s degree in economics and management and international relations from the US and a master’s from the Istanbul Academy of Economics and Commercial Sciences. He obtained his JD Law from New York Law School.

Share on:
Saudi Arabian Baytur Construction Co. is known for delivering quality and is meticulous about how it manages and develops its projects.

What construction projects is the company currently working on?

The megaprojects, King Khalid University (KKU) Medical City and Jabal Omar Development Project, are continuing. We have four contracts at KKU worth over SAR3.5 billion, and we expect to complete them by 2019 or early 2020. The Jabal Omar project, which features luxury hotel towers and a shopping center, should be completed in 2020. We have also completed a few projects recently, including the Tabuk project for the Air Force. Saudi Baytur is proud to be the 2019 recipient of the Occupational Excellence Achievement Award and the Perfect Record Award from the USA National Safety Council for the Tabuk project. In 2018, we completed Ithra in Dhahran for Aramco, where we came in at the end to make it operational. We have a project at the Rabigh Refinery that has been ongoing since 2012 and doubled in value with additional contracts. That is at the closing stage, with all the construction and execution practically concluded. We also completed Aramco’s Dammam Housing Project. We have another major project at King Abdullah University of Science and Technology (KAUST) that will continue until 2025. We were also awarded a new contract for NEOM airport in March, and that is in progress. That is a fast-track contract that has to be completed within 2019. The scope is to upgrade the airport to the level where it can be certified for commercial aircrafts to take off and land. At the moment, it is only authorized for use by private, charter, and military aircraft. That is an exciting project. Saudi Arabian Baytur Construction is also bidding for various other projects.

You work on infrastructure, logistics, residential housing, and even industrial design projects. Does the company seek to position itself as a diversified solutions provider?

We want to continue to be better at what we are doing rather than changing our base. Plus, we want to supplement certain activities, for example by bringing in facilities management services in addition to construction because that seems to be a service in demand right now. We are in housing, but not in the mass housing market because we cannot compete with the prices. We go for value-added projects. Our Aramco housing project was a special case where the high-end development could not be finished for years, and we made an offer that the client found reasonable; however, generally the prices being quoted by contractors in the mass housing market are not for us.

What is the split between your public and private contracts?

We do more public projects; if we take into account Aramco, SABIC, and other semi-public companies, the split is around 70% public and 30% private. We do not want to have too many private projects in our portfolio; we want to concentrate on hospitality, healthcare, education, and landmark public buildings. However, as the market is becoming difficult, we are being more aggressive in our pricing and bidding down the price of subcontractors and suppliers.

What are your expectations for upcoming megaprojects?

The Red Sea Coast projects are our focal point, because we have been in Tabuk for almost three years now for the Air Force project, so we know the market there. Then, on behalf of our affiliate, we managed construction in Sharma for the first initial Royal Hotel projects. We know the region, and that is where we want to concentrate. The projects there fit our expertise of high-end buildings and town centers. Sharma is the town on the Saudi Red Sea Coast that is closest to the NEOM Project. It is about a two-hour drive from Tabuk. We are also looking at the Qiddiya entertainment projects, though most of those are new to us, and we have never worked in the Riyadh region before.