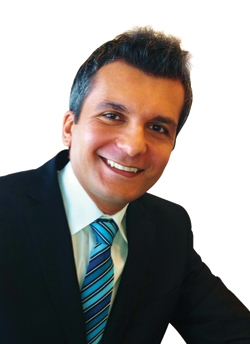 Share on:
"Unlocking renewable energy growth in the Middle East and across Africa will be a key focus of this year’s event."

How have you built on the success of past World Future Energy Summits (WFES) in preparation for the upcoming summit in 2015?

Since its inception in 2008, the WFES—Abu Dhabi Sustainability Week’s signature event—has grown into the region’s largest and most important platform dedicated to advancing alternative energy, clean technology, and energy efficiency. Some 11,000 people and 300 companies participated in the first summit. Today, we are expecting CEOs, ministers, heads of state, academics, investors, and technical specialists from more than 150 countries to attend, along with close to 30,000 global industry professionals and 650 exhibiting companies. This growth in importance and scale correlates directly with the emergence of Abu Dhabi, and the UAE, as a key contributor to the global dialogue on sustainability and as an active investor in cleantech. WFES is an extention of Abu Dhabi’s status, and over the years it has become known as a summit at which new partnerhsips are forged, technologies are showcased, and bottom-up, private-sector focused initiatives are accelerated.

What will be the main themes and topics of discussion at WFES 2015?

Unlocking renewable energy growth in the Middle East and across Africa will be a key focus of this year’s event. As two quickly growing economic regions, both with huge potential to deploy renewable energy, the conference and exhibition at WFES will offer industry a gateway to these markets to accelerate and catalyse growth. A ministerial panel on African’s energy opportunities and a panel discussion on Saudi Arabia’s ambitious vision for renewable energy are just two of the features that support this focus. Other highlights of the Summit will include global policy makers debating the rise of shale gas, the role of cities in combating climate change, clean energy futures for the UAE, and the rise of South Africa as a sustainability leader through one of the fastest growing clean energy markets in the world. In addition, the team behind the winning bid for a pioneering carbon-neutral Dubai Expo 2020 will be on show, and the higher organization committee Managing Director Her Excellency Reem Al Hashimi, will lead a panel discussion on how her team manufactured a compelling sustainability narrative.

“Unlocking renewable energy growth in the Middle East and across Africa will be a key focus of this year’s event.”

How is the summit set up to encourage networking, and how will companies and organizations in the energy industry benefit from participating in the Summit?

WFES presents a uniquely accessible forum for energy sector stakeholders to network, exchange ideas, and explore business partnerships. The event provides an international business platform that links entrepreneurs and innovators to investors and clients from the public and private sectors. At our last summit, we had 650 exhibiting companies from 40 countries, and 91.5% of exhibitors agreed that WFES allowed them to generate contacts of higher quality than any other similar event in the MENA region. We are proud of that statistic, but continue to find ways to support action. For instance, the Sustainability Business Connect, a brand new networking program designed to maximize business opportunities by matching requirements with products and services, will be launched at WFES. It is complimented by an online booking tool that will make it easier than ever for participants and exhibitors to meet, connect, and do business.

What are your expectations regarding numbers of attendees and countries represented at the Summit from both the public and private sectors?

For the last edition of WFES, we welcomed over 28,000 attendees from 170 countries. We saw particularly strong representation from North America, Western Europe, East Asia, and the GCC. In terms of company profiles, the engineering, hydrocarbons, energy efficiency, and business sectors were well represented. We expect to see a similar range of attendees and delegates in January 2015.

What key players and exhibitors from Abu Dhabi’s energy industry can foreign attendees expect to see at the event?

We are looking forward to welcoming participants from across the region, and the world. From the UAE and Saudi Arabia, to China and Japan, WFES will welcome the world’s leading future energy players to the UAE capital. Participants at the summit will have the chance to interact with many of the leading players in the local energy industry, such as Masdar, the hosts of WFES, and ADNOC, which is the event’s principle partner. As Abu Dhabi is also the home of the International Renewable Energy Agency (IRENA), there will also be a wealth of expertise from the leading intergovernmental organization on renewable energy. Last year, 140 official delegations attended, constituting an increase of more than 50% on the previous year. Such a level of official interest reflects the increasing importance of WFES as a global forum for governments, businesses, and experts.

How would you describe Abu Dhabi’s role in the development of renewable energies in the MENA region?

Abu Dhabi is a regional energy pioneer. With an economy based on hydrocarbon exports, the Emirate has embarked on a bold mission to diversify its economy to a knowledge based one, and balance its energy mix by investing and developing clean sources of energy. This makes it uniquely positioned to promote the expansion of clean energy in the MENA region, and I believe the region is following this lead. As regional economies grow and populations rise, the need for energy security and the need to liberate hydrocarbon resources for export becomes more important. WFES is a demonstration of Abu Dhabi’s commitment to advancing the clean energy dialogue, and connecting global players to stimulate action and progress.

How is WFES 2015 contributing to the realization of Abu Dhabi’s Economic Vision 2030?

Abu Dhabi plans to diversify its economy, away from a reliance on hydrocarbons to one underpinned by knowledge and innovation, and WFES is an economic vehicle driving that process. Now into its eighth year, it forms the centerpiece of Abu Dhabi Sustainability Week and takes place alongside the International Water Summit (IWS) and EcoWASTE Exhibition, addressing the world’s energy challenges from a nexus perspective. This unique multi-platform initiative allows the public sector, industry, and investors to harmonize effective strategies in support of sustainable growth, and contribute to the UAE’s strategy to create an economy with knowledge and human capital at its core.

What do you hope to have achieved once the event has come to an end?

The GCC region is set to spend $100 billion on clean energy by 2020. This is a significant pledge and an attractive commercial opportunity for the sector. WFES plays an important role in catalyzing the development of renewable energy, clean technology, and energy efficiency solutions. And when the next summit is over, I believe it will have pushed the dial forward on regional sustainable development, and connecting technology and investment with billions of dollars worth of business.