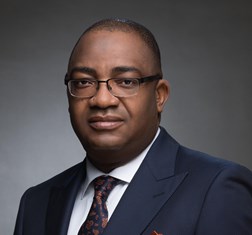 Abubakar Jimoh has more than 24 years’ experience in various capacities, covering client relationship management, treasury, market risk, and credit risk management, operational risk management, project management, and portfolio management. He was a pioneer staff member of Express Discount Limited, where he rose to Head of Trading. He later held various positions at RBC Financial Group (Royal Bank of Canada). He led the transformation of Associated Discount House from a failing discount house to a merchant bank (Coronation Merchant Bank Group) with an A rating from Agusto. He was on the Board of Shelter Afrique between 2012 and 2013.

Share on:
The leading merchant bank in the industry, Coronation Merchant Bank seeks to further consolidate its leadership position in 2019.

What are Coronation Merchant Bank’s main services in Nigeria?

Coronation Merchant Bank traded in securities for around 23 years and subsequently became a merchant bank. Today, we are strong in fixed-income and currency trading businesses. We are the third-largest bank in Nigeria by volume market shares in naira fixed-income trading, although our balance sheet is not as large as some of our competitors. We also have developed our corporate banking department and are now among the major names. Treasury and corporate banking now represent more than 85% of our revenue. As an investment bank, our goal is to grow the non-interest income revenues, such as investment banking, asset management, and equity brokerage. In the last three years, that line has increased from about 4% of our income to 12%.

How did the bank record such positive results despite the climate?

Coming into the market at a time when the market is tough, one learns to survive. 2015 was the peak of difficulties in Nigeria, when oil prices started to fall dramatically. We developed a strategy to survive that period; we were able to get excellent corporate clients, having established ourselves to a global standard. We do not look at transactions in forging our relationships; we look at partnerships. This method of operation has helped us, and we are confident it will contribute to the robust development of our business moving forward.

How do merchant banks work in aiding economies?

What do the macroeconomic fundamentals look like in Nigeria?

The GDP print was 1.5% YoY for 2Q2018, though non-oil GDP rose 2.05% YoY over the same period. The IMF looks at 2.1% growth for 2018, the World Bank predicts 2.8%, and the Central Bank of Nigeria estimates somewhere around 2.4%. On the 10-year view, the economy grew around 5% per year, so the economy is not reaching its potential. The reason is not a shortage of money coming in, but sluggishness in restructuring. We expected investment to increase in cases where companies were restructured during the recession, though there have not been many instances of this. On the demand side, certain classes of consumers have not seen their fortunes improve. In an economic region like Lagos State, whose economy depends greatly on services, consumers have had a tough time over the past three years, particularly salary earners. In the countryside, certain classes of farmer have had easier times, and with the devaluation of the naira, parts of the countryside have become significantly wealthier than before. This is also because of government policy for agriculture. Agricultural GDP is growing at 3% per year and never went into recession. While the economy experienced a five-quarter recession, the agriculture sector never did. There will always be growth somewhere in the economic cycle.

We will become closer to our customers, giving us a competitive edge. As for the macroeconomic outlook, with the election behind us, we will see money coming in that was waiting on the sidelines, and investment levels will go up. There are big fund restructurings happening, and it will be a great time to trade assets and capitalize on private equity investments in Nigeria.