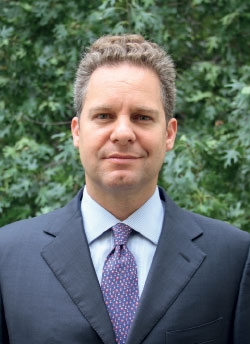 Share on:
How has Empresas Santos, today the third largest sugar producer in Mexico developed since its inception in 1991? The history of Empresas Santos began in 1991 through the sale of […]

How has Empresas Santos, today the third largest sugar producer in Mexico developed since its inception in 1991?

The history of Empresas Santos began in 1991 through the sale of Gamesa. That had been the business of my grandfather, Alberto Santos de Hoyos, who was the President & CEO of Gamesa until its sale. My father started Empresas Santos with the sugar mills business because the individuals who purchased Gamesa, today’s Pepsico, were interested in the other components of the business chain besides the sugar mills themselves. In parallel with the creation of sugar mills, my father started a business in the agricultural sector with Vaquerí­as, an agricultural project aimed at increasing agricultural productivity and competitiveness. He also developed some business in the real state and telecoms sectors. He realized the opportunities for competing in the telecoms market following the privatization of Telmex, creating Axtel as the vehicle through which to do so. Additionally, he developed a number of golf courses in Queretaro and Acapulco. President Salinas was committed to widespread privatization, which created an interesting climate for commerce.

On which projects is Empresas Santos focused today?

Our core business remains sugar mills. In 2013, despite strong production we suffered from poor pricing. We have just made an investment in Interpuerto de Monterrey, and are ready for the first stage of the land port. This year is about watching and waiting, and ensuring that our previous investments are fully capitalized on.

What are your expectations for Interpuerto de Monterrey?

We initially considered the construction of an industrial park, but ultimately decided to build something more ambitious that did not exist in Mexico. We were impressed by Interpuerto de Zaragoza in Spain. While looking for partners, we realized that it is one of the only two points in the entire country where Ferromex and Kansas City met, and that we could provide a unique service. We also have the advantage of proximity to the US market. Currently, our first tenant is up and running and I have every confidence in what is the most ambitious project of its type in Mexico, if not Latin America today.

What are the major strengths of Monterrey´s economy that make the region competitive in attracting FDI?

We are unfortunately not as rich in fruit and vegetables as in the south of the country, meaning that our only option throughout history has been hard work. And neither do we have abundant natural resources, at least when compared to other parts of the country. We have become one of the most competitive regions, however, because our industry and manufacturing is specialized. Foreign companies that are investing in the region realize that there is no need to bring in their people as they can benefit from a competitive local workforce. We also have some of the best universities in the country, as well as hospitals with competitive technology.

How do you envisage the future taking shape?

Since my father passed away in 2013 we have been restructuring the company, which being a family business, has meant a transfer of responsibilities and new regulations. We have changed the company dynamic, and reached a consensus whereby we will be consolidating all of our business activities. Today, we must focus on projects such as Interpuerto and Axtel, rather than entering into new ventures.