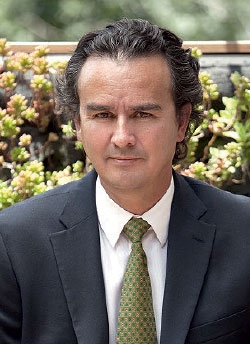 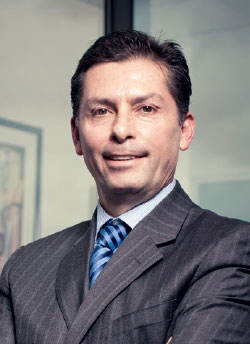 Share on:
What have been your most recent contributions to the industry? PABLO FUENTES We recently launched a new distribution center in Hidalgo, which is part of a larger plan in that […]

What have been your most recent contributions to the industry?

PABLO FUENTES We recently launched a new distribution center in Hidalgo, which is part of a larger plan in that state, and invested in a new tissue production site at a cost of $210 million. Part of the strategy was to render our own logistics network more efficient, and perhaps more importantly, to improve customer service by optimizing delivery times, and adapting to the changing reality of logistics. It will also be the first of SCA in Mexico using a Warehouse Management System, or WMS, which optimizes the flow of finished product and reduces the complexity of the deal. We have invested $400 million in Mexico over the past five years, confirming our long-term commitment to the market. Recycling is at the heart of our decision-making as a company. We have one of the largest forests in the world of 2.6 billion hectares; this is larger than Belgium. This forest alone neutralizes all of the CO2 produced by plants globally. We are one of the few companies to be CO2 neutral. We use 180,000 tons of recycled material to produce our products, but have experienced a major shift from the past. Just seven years ago we were importing 80% of our recycled material. But by developing our supplier network, today more than 70% is sourced in Mexico.

HECTOR BONILLA We think of ourselves not so much as a green company, but as a company guided by green principles and social orientation. This said, we are a regular business aimed at maximizing our profits and those of our shareholders. Becoming a publicly listed company was incredibly important for us as it opened doors that had previously been closed, particularly regarding financing, and which has allowed us to expand our business both geographically and sectorally. Prior to the IPO, we were operating entirely in Mexico, while today we have a presence in Costa Rica and Colombia, too. In terms of sales, we were highly focused on the American market to which the bulk were directed. Post-IPO we broadened our scope to the rest of the world, and today export to nearly 25 countries. The majority of our sales are to India, China, and Vietnam. It’s interesting that our company has become a 95% export-oriented enterprise. In 2013 we purchased the largest eucalyptus plantations in Mexico, (8,500-hectares in Tabasco) and are currently installing a factory to produce MDF, a medium-density fiberboard widely used in furniture today. Our total investment in this project will be upwards of $175 million.

How much potential does forestry have in Mexico?

PF The attitudes of Mexicans to this topic are changing. At our forest in Sweden you can see the long-term perspective in action. There is a lot of technology involved in taking care of a forest. We have worked with many different stakeholders in Mexico, such as Pronatura. We try to explain and teach how to safeguard Mexico’s forests, which requires a change in mindset and culture. The average life of trees in our forests is 80 years.

HB At this point we believe Mexico is the best country for planting and growing trees, and we intend to continue planting here for the next few years. We also see a tremendous potential in substituting forestry imports to the country. But of course, being a global company we are in continuous evaluation of the opportunities around the world, and when the possibility arises we will expand in other places. We have analyzed countries in South America, Asia and Africa so we could end up anywhere in the future.