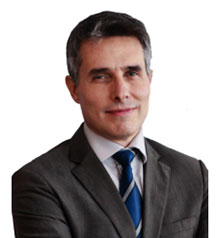 David Doran is the Chairman and a founding partner of DFDL Legal & Tax. He has over 20 years’ experience as a legal adviser in the Mekong region and is the head of the Regional Energy, Mining and Infrastructure Practice Group. After running DFDL offices in the Lao PDR and Cambodia, Doran relocated to Bangkok in 2005 and established DFDL’s presence in Thailand.

Share on:
"In terms of energy, I do not expect a significant impact arising purely from the AEC."

You are involved in the renewable energy sector in many parts of Asia. Which market conditions helped you identify this opportunity?

Our core focus as a firm is on the lesser-developed economies of Asia. Of course, in all these countries, electricity generation is a key issue. From the very beginning, energy was a focus, as was the financing of energy projects. When we started 20 years ago, solar and wind energy were relatively expensive, and biomass was almost nonexistent, so the industry turned to gas and imported coal for a quick fix. We initially established operations in Cambodia, where it is expensive and time-consuming to import fossil fuels, so the government turned to other sources, such as hydropower, which is a local natural resource. Cambodia, Laos, Myanmar, and Vietnam all have massive water resources that come down from the Himalayas and obviously they all want to harness that to produce electricity. Vietnam produces a huge amount of its power from hydro, but it is almost all government funded and managed—only recently have they opened the sector to private financing. Laos, on the other hand, opened the sector to private involvement back in 1995-96, so it has been better positioned over the last 20 years from a private-sector perspective.

What services does DFDL provide to the renewable power sector in these countries?

Firstly, we provide the negotiation and the drafting of the initial agreement with the government, the MoU, which then turns into a longer-term project development agreement. Once the feasibility study is done and approved, we go into the next phase, the Concession Agreement with the government, to guarantee the project on the ground in Laos, Cambodia, Myanmar, or elsewhere. We provide document drafting and structuring of the arrangement between sponsors; usually there are multiple shareholders and they need agreements between themselves and other consultants. We also manage the external documents with the government including social, environmental, legal, tax compliance, and so on until the deal is signed. Then these projects need financing, and we also advise on that process. As projects develop, they may encounter other issues, such as director changes or refinancing. On the lender side, we frequently advise on debt financing of projects. Usually on that side we start by doing detailed due diligence on the project company for our clients—the banks—in order for them to proceed with a loan.

In terms of PPP projects being launched in Thailand and the region, what trends are you seeing?

PPPs are best suited in countries where the government has initially attempted to manage everything, and has later realized it is necessary to invite the private sector to assist with these projects. Poorer countries that want to develop quickly typically open up to the private sector. The projects that result still qualify as PPPs, because the government might take an equity interest, but outside of that the government will fund their equity interest and the asset is owned by them—this is in contrast to the type of PPPs common in Taiwan, China, or the Philippines, where most industries are state-owned and they hire BOT contractors and management teams. There are many layers of private sector involvement in typical public projects. In Thailand, there is a new PPP law that came into effect a few years ago, which was intended to change things somewhat. Thailand is typically a country where the government manages many sectors directly, with the exception of the energy sector, which they opened up to independent power companies through a bidding process. That said, even before the introduction of a formal PPP law, major road networks in Thailand were built by private-public consortiums, and the MRT and BTS were largely funded by private companies listed on the stock exchange.

How do you expect the launch of the ASEAN Economic Community (AEC) in 2016 to affect your line of work?

In terms of energy, I do not expect a significant impact arising purely from the AEC, except to the extent that it will increase economic activity and therefore increase demand for electricity, particularly in places where electricity has not been historically available. Most factories in Thailand are based in or near city centers so electricity generation is based there as well. With the AEC, there are incentives for companies to relocate their factories across to one of the new special economic zones that may have relatively poor electricity availability, like the Cambodia border region for example. Those areas need to come up with a plan to produce enough electricity to guarantee that all the factories that relocate there will have affordable, easy access for the long term. In that sense, the AEC is likely to increase the impetus for an integrated power grid across the region. ADB has been trying to implement an integrated power grid for over 20 years, but there has not been the economic and cross-border political incentive to actually do it. Along with logistics and transportation, creating an integrated grid to facilitate the trade in electricity will be essential for further growth. From a legal perspective, it is highly likely there will be many more cross-border issues involved, which will impact law firms such as DFDL. The questions of where and how to resolve disputes across borders will become increasingly important when you move from a domestic to a regional economic system. As such, places like Singapore, Kuala Lumpur, and Bangkok will become more and more important as centers for overseeing disputes that involve regional business.

It is difficult to provide a short answer because each country in the region is so unique and there are a number of critical issues that remain uncertain. In Thailand, for instance, a lot will depend on the elections that are anticipated sometime in the next two years. Thailand funds many Mekong region power projects because its large demand for electricity outstrips its domestic supply. All those power projects built in Laos are not for their domestic power consumption, although maybe the AEC will change that a bit, but rely on the demand here in Thailand. So if the Thai economy is flat, there is less incentive to build these big projects over the border. The Thai economy has changed substantially, which is why domestically it depends on the elections and on the effect of measures that are being taken now to stimulate the economy and the incentives put in place to attract new investors. A lot of those incentives, while some are focused on the Thai economy, are also dependent on Thailand becoming more integrated with the regional economy and future growth is, therefore, largely dependent on solutions to problems outside of Thailand. The whole push to move Thailand to a service economy is not just for consumption of services domestically, but also for Thai companies to provide services to the region. I expect the AEC to stimulate that as companies try to consolidate their presence in ASEAN.

What do you consider to be the most important change your company will implement in the medium term?

We expect that the establishment of the AEC will foster strong growth in cross-border trade and the restructuring of many domestic companies into regional ventures that are better suited to benefit from the AEC. Consequently, DFDL is really focusing on building upon our tax and customs practice group. A lot of law firms, particularly domestic firms, don’t really have a dedicated tax group and certainly don’t offer advice on cross-border tax structuring in the region like we do. We also expect the AEC to stimulate mergers and acquisitions in the region and so we intend to expand our M&A practice group in anticipation of this activity.