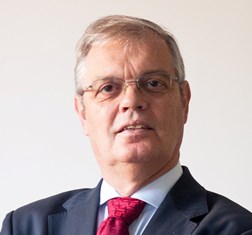 António Sá da Costa holds a civil engineering degree from Technical University of Lisbon and a MSc and PhD in water resources from MIT. He is the current president of APREN and the vice president of the European Renewable Energy Federation (EREF). He was a consultant engineer for over 40 years, with special focus on small hydropower plants, wind farms, and environmental studies. He was formerly an associate professor of hydraulics and water resources at the Technical University of Lisbon.

Share on:
APREN's main goal is for Portugal to have a higher share of renewable electricity in order to support the reduction of CO2 emissions and fight climate change.

What is the importance of your role in promoting renewable resources for electrical production?

When we established this association 30 years ago, our objective was shaped by the fact that all electrical business production, transport, and distribution was owned by the state through EDP since 1976. The sector was subsequently opened to private investment. The role of the association remains essential to unifying the different investors in the system for the production of electricity. We want Portugal to have a higher share of renewable electricity in order to support the reduction of CO2 emissions and fight climate change. The companies that are members of APREN represent 93% of all renewable power installed in Portugal and on average produce a little more than half of the electricity consumed throughout the country. We work to find solutions for our sector and address technical and fiscal problems concerning the environment and electricity production. We started from a system that basically involved feed-in tariffs and transitioned gradually to one determined by the market.

What are some of the factors behind Portugal’s successful development of wind energy?

We still depend a great deal on hydropower, which fluctuates between dry and rainy years. 2017 was a dry year, where we got only 42% from renewables, while the year before was a wet one, with 64%. The government realized we had to move away from fossil fuels for two main reasons: we do not have oil, gas, or coal, and we are too small of a country to have a nuclear power plant. By developing renewables, we avoided expending hard currency to buy something to burn. This has been extremely successful in terms of minimizing CO2 emissions as well. The other main fact was the use of the feed-in tariff policy. This was important to bring us a step forward to where we are today. Compared to other countries, we have not made retroactive changes in recent years. Now, we are doing things the traditional way, as well as moving toward a market-oriented remuneration of the system. We do not seek subsidized tariffs; rather, we want stability for investors as well as reduced costs for consumers. Neither of these two things are certain based on the current policy.

What potential do you foresee for Portugal to engage in energy produced by waves and ocean thermal energy conversion?

These are essentially what we call marine technologies. In Portugal, we have potential in the next 10-15 years to use two marine sources that have the best prospects in Portugal: offshore wind and waves. Marine-based electricity is important to develop, though it is not as important in terms of Portugal’s supply of electricity because the adoption of these technologies is still far off in the future. Marine is extremely expensive compared to onshore. In the south of Portugal, there is double the amount of sun radiation of central Europe. However, if the growth in demand for electricity matures beyond our expectations, we will have to make use of marine technologies. We have excellent conditions to study, develop, and test offshore marine technologies, especially in waves and wind.

We do it through the four associations we belong to: the European Renewable Energy Federation (EREF), which is similar to APREN at the European level and has all the technologies; Wind Europe; Solar Power Europe; and European Biomass Association. We also have excellent connections with the European Parliament and Commission because we have been active for many years and have developed a great rapport with them.