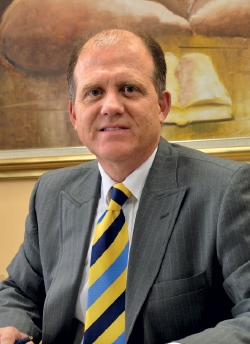 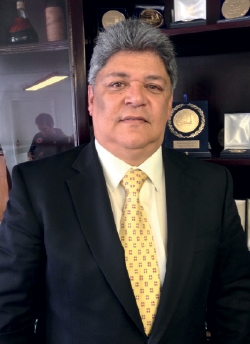 Share on:
How would you describe the market in terms of demand for your different products? FERNANDO RESTREPO RESTREPO Aguardiente accounts for more than 80%. Demand in this market is cyclical in […]

How would you describe the market in terms of demand for your different products?

FERNANDO RESTREPO RESTREPO Aguardiente accounts for more than 80%. Demand in this market is cyclical in terms of consumption and sales. A decade ago, you could say that rum sold much more than aguardiente, but actually, we now only sell 19% rum. If you ask me, in four years we will be selling half and half. I think rum is the future. Aguardiente consumption will not grow any longer; this is the last year of its growth. Rum is a very specific alcoholic drink to the Pacific Coast, meaning the trend is going to change. We have two categories on which we stand, and we should keep on going in that direction. It is easy to move into wine or scotch, but we have to remain loyal to aguardiente, which is the main Colombian drink, and rum, which is very Latin American. From our point of view,rum is the category we expect to grow the most in the future.

CARLOS ALBERTO MEZA REALES Our spirits have a very particular identity, and are nationally recognized. Our red brand “Nectar Rojo” is known as traditional, and is a strong product aimed at discerning adults who identify with the history of the company. Nectar Rojo approximately has a 13% weighting in our overall product portfolio. Meanwhile, our flagship product, which is the green brand, “Nectar Verde,” is low in alcohol, low in anise, and particularly smooth on the palate, at 24% alcohol content. It accounts for 82% of our portfolio. Our blue brand also caters to a different market from the green brand, being more focused on social drinking, and accounts for 5% of our portfolio. Finally, our rum has a 5% participation in our portfolio, and we have different vintages of four, eight, and 12 years. Our strategy with rums is to build on our own aging process and develop a distinct identity so that in seven to 10 years time we have a recognized designation of origin. Our company has produced wines, vodkas, and gins throughout its history, but has specialized in aguardiente.

FRR If you ask a Colombian, they will say Colombians drink a lot, but that is not true. Per capita, consumption is at around 4.6 liters per year, which is low compared to Europeans. Spaniards drink much more than we do. I am not comparing aguardiente, which is 29% alcohol, with wine, which is 12%, but we are very much in line with the global average. In Colombia, everybody drinks, but we can identify a couple of differences. First of all, beer is very strong in some regions of Colombia, such as the East near Cundinamarca, Boyacá, and Santander. In the Andean region, aguardiente and rum are consumed much more, while on the Atlantic coast, I would say it’s 60% beer and 40% aguardiente and rum. The second trend is that women are drinking much more than they did before. For example, one of the main reasons behind the strong growth of aguardiente consumption is because young women, 20-25 years old, are drinking much more than 30 years ago. They drank much more aguardiente than rum this year, but in 10 years, this might change. It is heavily culture related; people tend to follow the trend.

How important is your company’s contribution to the economy, both locally and nationally?

CAMZ The Empresa de Licores de Cundinamarca was established in 1905 with the idea of producing perfumes and essences. It has had a major role in this industrial sector. The company was founded as an alternative source of income for the department in order to tackle problems related to education and health. In fact, today we channel between 18% and 20% of our turnover to the financing of health and education. The taxes on liquor are important for the development of the region of Cundinamarca and the wider country.