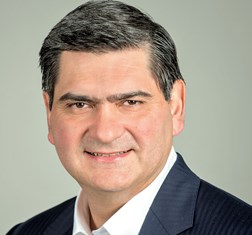 The Fruits of Labor

David Garza Salazar has worked at Tec de Monterrey for over 30 years in a variety of positions such as head of research, dean of the faculty of information and electronic technology of the Monterrey campus, and academic deputy rector. He leads the Tec network and its 31 campuses and 90,000 students since 2017. He holds a bachelor’s degree in computer science from Tec de Monterrey and a PhD in the same discipline from Colorado State University.

Five years after education reform in Mexico, how would you evaluate the results obtained so far and what do you consider the main achievement and what is the biggest drawback of this implementation phase?

The reform was essential; Mexico invests around 7% of GDP in education, more than the average of countries belonging to the OECD and above countries such as Germany and Poland. Despite that, Mexico faces significant challenges regarding coverage, quality, and equity. The rethinking of the curricula worked extremely well because it adapted to the requirements of the 21st century by taking into account skills such as critical thinking, the ability to learn, English language, and technology. On the other hand, aspects such as professional teaching service, evaluation schemes, and incentives were outlined. Today, almost half of the states of the Republic improved in the assessments in the areas of language and mathematics. We reached 25,000 full-time schools toward the end of this six-year term. In 2000, there were only 6,000 schools with this model, which has proven to be successful regarding the abilities of the students. Despite the reform’s successes, we must recognize its failures. For example, the lack of clarity in the mechanism to follow up on the selection of teachers. Likewise, there are significant challenges in the training of teaching staff for the new curricula on issues of equity and upper secondary education coverage; the reform did not cover higher education. As a reference of how the quality of our system is seen at an international level, Universitas 21 ranks Mexico’s university system at 46 out of 50 systems around the world, while QS World University Rankings puts us at 33 out of 50.

Regarding the link with the labor market, how does Tec strive to align its offer to the current needs of the labor market in the context of the Fourth Industrial Revolution?

In Tec de Monterrey, we do not just point to the current needs—we try to predict future trends. After analyzing, we concluded that the Mexican education system employs 20th century teachers and educational models for 21st-century students. Today, the world is changing faster than ever before and all graduates must have specific competencies to face future challenges such as the Fourth Industrial Revolution. We are convinced that many of the jobs that currently exist will be transformed. Therefore, innovation, creativity, and reinvention of work is needed because the use of machines and artificial intelligence is a reality. Our approach toward a transformation of the educational model can support the development of multidisciplinary competencies.

How would you evaluate the collaboration between academia and private companies in Mexico to carry out joint projects in applied research?

It is incipient. Today, Mexico allocates about 0.5% of GDP to R&D. From the perspective of public and private investment in the sector, Japan has around 78% of private investment; South Korea has 75%, Chile has 35%, and Mexico has around 20%, posing a great challenge. Tec de Monterrey is a private non-profit institution that has to find the majority of its resources in the public sector whose funds are sought by all universities.

How will the China-Mexico Innovation Center promote entrepreneurship at Tec de Monterrey, and what has been the strategy of the institution to diversify and deepen international alliances?

We believe that we must follow the investigation model to move towards entrepreneurship that can come to support the economic and social development. Over time, we have created entrepreneurship ecosystems with accelerators, technology parks, and other different schemes to promote entrepreneurship and knowledge economy. We have looked for international alliances that can help us in technology transfer, access to resources, and exchange leading practices. With the Mexico-China Innovation Center, located in Zhejiang, we expect to have an acceleration of companies in that region, which is experiencing innovation on a massive level. In fact, that area is defined as the “city of artificial intelligence.” The Ali Baba Company is also located there, which is close to the government entity and the entity with which we will be collaborating. The region was interested in the profile of Tecnológico de Monterrey because it is a way to access entrepreneurial talent in Mexico. In addition, we were interested in the availability of resources and the link we can have with the entrepreneurship ecosystem of China.