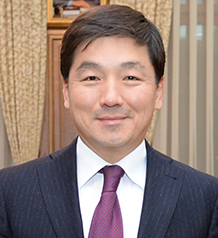 Share on:
How important is Almaty to the whole of Kazakhstan? The city accounts for 20% of the country’s total GDP, and considering the drop in oil prices, now almost 30% of […]

How important is Almaty to the whole of Kazakhstan?

The city accounts for 20% of the country’s total GDP, and considering the drop in oil prices, now almost 30% of the national income comes from Almaty. Almost 40% of all trading, credits, and deposits, basically all finances, are done in Almaty; 90% of the headquarters of all financial institutions in Kazakhstan are located in Almaty; 15% of SMEs are located here, accounting for half the city’s income. Almaty is quite sustainable because SMEs are very flexible, they can adjust to new challenges, they create new job and innovation opportunities, and they can find new niches for new businesses. Around 35% of all businesses in Almaty are in the service sector, including finance and tourism, so it’s a service-oriented city and is in that sense quite sustainable. The average age of the city’s 1.6 million people is 37, so it is quite young and also represents a large internal market within Kazakhstan, which attracts many opportunities and businesses. Furthermore, one out of every three students in Kazakhstan studies in Almaty. By the end of last year, gross regional product (GRP) per capita in Almaty was $29,000, which means we are talking about a high purchasing power and quality of life, as well as higher living standards.

As you begin your term as the Mayor of Almaty, what do you identify as the biggest challenges facing the city and how do you plan to overcome them?

We recently published the Almaty 2020 City Development Program, which is one of the first regional development programs to be openly discussed. President Nursultan Nazarbayev has declared five institutional reforms, which involve 100 concrete steps aimed at bringing Kazakhstan into compliance with OECD standards. Furthermore, in line with the Kazakhstan 2050 strategy, we aim to be among the 30 most efficient countries in the world. That means the whole economy and the mentality of our people has to be reoriented and refocused according to the new standards. Some people claim that this plan is too ambitious, but when you look back at the founding of Kazakhstan 24 years ago, we had a GDP per capita of $600. Since then, we have grown tremendously, which is why this is a realistic target. Our President’s strategy for success is simple: economics first, then politics. His priority has always been to create a liberal market economy and to have peaceful relations with all countries, and he worked hard to welcome new cadres and personnel who were flexible enough to accept new challenges and new ways of thinking so as to achieve these goals. When people ask what the key to Kazakhstan’s miracle was, I always refer back to 1995 when the President adopted a legislative package of 137 new laws. He brought younger, more open, more flexible people into government who understood and accepted his vision and these sweeping changes, and helped implement them. That was how Kazakhstan’s new economy came about. Now, we are instituting a second stage of reforms. These are institutional reforms, in fact they will lead to the creation of whole new institutions, and they are quality-based reforms as well. There are five institutional reforms that are part of this package. The first reform envisions a new model for the civil service, one that is more responsible and more transparent, is client-oriented, and abides by the supremacy of law; the second brings changes to the judicial system; the third, diversification of the economy; the fourth, new patriotism; and the fifth, open and transparent government and a responsible and active civil society. We created a national commission to pursue the implementation of these reforms, and a whole package of new legislation is on the way. All of these reform processes have a direct connection to Almaty. Almaty is a liberal city, a city of NGOs, businesses, and active citizenship.