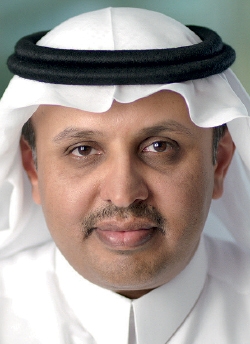 Rumaih M. Alrumaih has a PhD in Electrical Engineering from the University of Colorado in Boulder, as well as an MBA from Leicester University in the UK. He worked in teaching and research for several years before joining the private sector, occupying a number of leading positions. In 2008, he joined his current company, becoming CEO in 2010.

Share on:
How are your organization’s projects transforming and evolving the platform to meet the needs of the 21st Century? Rail is not new to Saudi Arabia, with the system now being […]

How are your organization’s projects transforming and evolving the platform to meet the needs of the 21st Century?

Rail is not new to Saudi Arabia, with the system now being in operation for 60 years. Saudi Arabia is a continent as much as a country; it is half the size of Europe. Therefore, to build a rail network requires huge investments. The idea of connecting cities to industrial centers and ports has always existed, but such projects had required the financing that today the country is more able to provide. With rail transport one needs to distinguish between inter-city connections and inner-city public transport systems; in Saudi Arabia, there is a boom in both. We are connecting cities, ports, and industrial zones. Additionally, we are building public transport systems in our major cities. Saudi Railway Company (SAR) is a state-owned company formed in 2006 to build and operate what was called the North-South Rail line (NSR), a 2,400-kilometer line connecting the Saudi capital, Riyadh, with Qurayyat on the Jordanian border through Majma’ah, Qassim, Hail, and Al Jouf. Part of the NSR is the mineral line that connects the massive and growing mines in the north and center of the country, regions that need to be connected to the manufacturing facilities in Ras Al Khair. The primary mandate of SAR is, therefore, this line. It is in operation and vitally transporting phosphate. Subsequently, SAR was tasked to build the network within Jubail. And a year later, we were assigned to build the Jeddah-Riyadh line, which is a land bridge between the Red Sea and the Gulf. The goal is to transport goods arriving from Europe, meaning that they can then be shipped to the East and vice versa. Currently, for goods coming from China, for example, instead of going around the peninsula, then through the Suez Canal, they can use this line. This saves a huge amount of time and, of course, time is money. This line is currently under design and we will connect it to the network. When all is said and done, we will have a network that is freight, mineral, and passenger ready. This is SAR’s responsibility, and is what it takes to connect cities.

From your point of view, how will the project you’ve just described change the way commerce is carried out in the country?

Logistics, and transportation in particular, have the power to make or break businesses. When it comes to transporting, for example, petrochemical products, the railway will add competition and bring safety to the roads as well as having a huge positive impact on the environment. To give you an example, we have transported 4 million tons of phosphate to date, consuming only around 30% of the fuel that would have been consumed had the same amount been transported by truck. The impact on the country is not necessarily financial, but nonetheless has an indirect economic dimension that prompted the laying of these rail networks. Saudi Arabia is a huge user of fuel, consuming around one-quarter of what it produces. At this rate, by 2030, we will be consuming our entire production. This needs to change, and we are a part of the change. We need to make fuller use of public transport. In terms of customers, we are building the pipeline and working with the major players, including a company called SADARA, a joint venture between Aramco and Dow Chemical, and Saudi Aramco, SABIC, as well as Ma’aden. Once we start to develop the network further we will approach other major players to improve the network utilization. The government is working on incentives to encourage people to use rail instead of trucks.