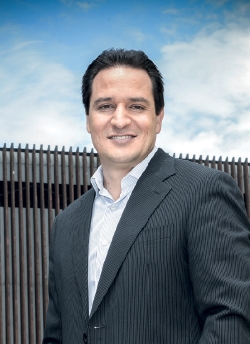 The Medellí­n Of Our Dreams

Share on:
Plaza Mayor is both nationally and regionally recognized as one of the leading conference centers. What is the secret behind this reputation? Plaza Mayor has 40 years of experience in […]

Plaza Mayor is both nationally and regionally recognized as one of the leading conference centers. What is the secret behind this reputation?

Plaza Mayor has 40 years of experience in the market, and we have worked from day one toward making Colombia and Medellí­n internationally recognized. Our success is based on providing our clients with what they need to conduct business; we are a business platform as opposed to a conference center. However, we do not simply conduct business transactions at Plaza Mayor, we build long-term relationships. This sustainable approach is a central factor in our success.

What strategy is Plaza Mayor implementing to raise awareness of its activity and of Medellí­n abroad?

We have an aggressive trade agenda beyond Medellí­n and Colombia. For example, in 2013 we visited 16 countries to promote Colombia, Medellí­n and, of course, Plaza Mayor. We visit countries that seek business opportunities in Latin America, especially in Colombia, and take time to talk to the players in each economic sector. Currently, we are working diligently to establish lasting trade ties with Spain, Italy, France, Germany, China, the Middle East, India, and Switzerland, which is the second biggest buyer of exports from the Antioquia region. 14.9% of Antioquia’s exports are destined for Switzerland. The mining industry is also playing a key role in the expansion of the region’s economy and in our strategy of building durable ties with other countries.

What is the strategy behind the “City Marketing” campaign?

The idea is to brand the city, and associate its name in the collective consciousness with a particular field. For example, if I say cinema, which city comes to your mind first? Los Angeles, and perhaps Cannes. We think of New York and Tokyo when I say stock exchange. What comes to your mind if I say Medellí­n? Nothing, which means that we have work to do to internationalize the city’s name. Research suggests that Medellí­n is becoming increasingly known for its innovation, so we intend to develop this idea and establish our city internationally, making it more attractive to investors.

How would you assess Colombia’s potential in the film industry?

Our strategy in terms of city marketing is to make Medellí­n known for one idea, while simultaneously strengthening other potential sectors. Colombian soap operas are currently very popular worldwide, but they depict stereotypes and an anachronistic image of Colombia. For example, around 50% to 60% of inquiries we receive are due to the information viewers receive from soap operas. To counter this, we are implementing an active strategy to balance the impression of Medellí­n internationally by showing a positive, modern image of the city. We aim to develop closer ties with Hollywood, Bollywood, and certain European cinema industries to strengthen our local industry, improve our visibility, and learn from their experience. Such a strategy will also help us position our brand and promote our culture worldwide, giving Colombia the opportunity to inspire others. In addition, the cinema industry can be a successful tourism attraction and should increase the number of visitors.

What main events does Plaza Mayor plan to organize in the near future?

We have two ministerial summits coming up in the next few months, namely the Inter-American Conference of Ministers of Labor and the American Summit for Ministers of Defense. Additionally, we will host the first Security Summit of the Organization of American States (OAS) outside Washington, as well as the International Urban Forum, and further down the road we will work on hosting the International Tourism Assembly, an event that will welcome tourism entrepreneurs from over 150 countries.

What are the company’s plans for 2014 and beyond?

We find ourselves in a solid position regarding relations with the government and its ministries when negotiating contracts. We are the official event organizer for the Ministry of Education, Information and Communication Technologies, among many other public institutions, and are particularly active when it comes to internationally-oriented activities. We have over 250 employees, and we create an average of 25,000 indirect jobs. In 2013 we organized over 1,250 events.