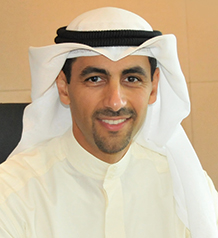 What have been some of the major transactions and acquisitions of KUFPEC in recent years and how would you describe the company’s position today?

KUFPEC is firmly heading towards its 2030 strategy of reaching 200,000 boepd compared to its current 70,000 boepd production, increasing its reserve base to 650 million barrels and increasing its operatorship to 20% by the year 2030. KUFPEC is confident of being a valuable subsidiary to Kuwait Petroleum Corporation (KPC) providing its sister companies such as Kuwait Oil Company (KOC) and Kuwait Gulf Oil Company (KGOC) a significant role in upstream technology transfer, best practice initiatives and Exploration & Production know-how. KUFPEC entered two very promising and large projects in 2014 toward realizing the 2030 strategy. The first was a doubling of our equity stake in the Wheatstone LNG project in Australia. This transaction will further add to our material production, expecting to receive the first gas in 2017. Furthermore, the Wheatstone project is a strategic element not only for KUFPEC but also its parent company KPC, providing a priority status for KPC to be supplied with Wheatstone LNG if required, and meeting at least 10% of KPC’s energy needs in the long term. KUFPEC’s second large transaction of 2014 involved entering a joint venture with Chevron in the Kaybob region of the Duvernay shale play in Alberta, Canada. This large transaction provides KUFPEC with substantial material production for decades to come, adding an estimated 25% of our overall production by 2030, and thereby securing the future of KUFPEC. Additionally, the Kaybob (Duvernay) project will develop KUFPEC’s know-how with opportunities for the transfer of technology, assisting Kuwait’s extremely rich and yet to be assessed unconventional energy resources in the future. Our employees will have the valuable opportunity to work directly with the operator and transfer their newly acquired knowledge back to Kuwait.

What role does acquisition and exploration play in your investment strategy moving forward?

We have recently executed a number of acquisitions for assets in the development stage, and we will probably also make more acquisitions of projects in the production stage in 2015. However, all along the process, we will always focus our investments in exploration, because that is the most profitable investment that we can make. We have entered into exploration projects to that end, most notably the Paharpur block in Pakistan, which will be KUFPEC’s second operated asset in the country. More than 40% of our production comes from Pakistan, where we have been present since 1987, having invested over $1 billion to make Pakistan a core business center for KUFPEC.

How has the drop in oil prices impacted your operations?

The price collapse we witnessed at the end of 2014 caused serious repercussions for KUFPEC’s balance sheet. Having said that, it is with pride that I report achieving a net profit of $40 million, surpassing our entire peer group who had all shown losses for 2014 due to oil prices remaining low. We are in the “new norm” in price terms for the foreseeable future, and a quick snap back to higher prices such as the $100 we saw in 2014 is unexpected for the time being. But with the price of oil down, costs have also deflated, creating an opportunity to execute our strategy by entering new acquisitions and core business opportunities in the coming years.

What is your approach to investing in human capital, and particularly attracting Kuwaiti employees to join KUFPEC?

KUFPEC’s most valuable investment is its people, its employees. Our successful investment is due to our competent, qualified and successful team. KUFPEC heavily invests in developing professional career paths for our younger employees, and encourages its people to spend time working for KUFPEC in our offices and operations. The opportunity to develop and grow our human capital is necessary since KUFPEC will ultimately be running more and more projects that we will be operate in the near future. The Kuwait oil sector has always been an attractive employer and the industry of choice for young Kuwaitis, not only for petroleum related engineers, but also for those with financial and legal backgrounds as well. Such employees are driven to work internationally and are bi-lingual.

2016 will be an extremely busy year for KUFPEC, with the final progress for completion of the Wheatstone project leading the way. We expect also to increase our production level, with more operatorship activities. We will do all of this by first developing and empowering our employees to solidify KUFPEC as a partner of choice in the International E & P business.