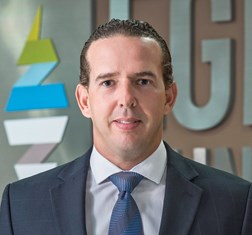 The Real Measure of Value

The General Manager of EGE Haina, Luis Mejí­a is an industrial engineer (PUCMM) with an MBA from Georgetown. Prior to joining EGE Haina, he worked for more than 15 years in banking and investment funds, where he held important positions, as well as in the stock exchange of the Dominican Republic, CEVALDOM, and the Exchange Association.

Share on:
With crucial long-term investments in critical infrastructure and renewable sources, EGE is helping lower the price of electricity for consumers and the environment.

What potential does the Dominican Republic have in renewable energy?

We have been focusing most of our efforts over the last 10 years on investing in renewable energy, and today we are the leaders in the country and the region. Most of this has been from wind farms. Today, we have 175MW of installed capacity. This has been an investment that has surpassed USD400 million from EGE Haina. If we factor in all renewables, including hydro, they only make up 12% of the country’s energy makeup. Although the Dominican Republic has enough renewable resources to supply all of its electricity consumption, what limits a country like us from reaching 100% renewables is that, as an island country, we have mostly wind and sun, which are intermittent energy sources, unlike hydro. We do not produce fossil fuels either; therefore, we will depend on energy imports for the foreseeable future. The current administration’s plan is to reach 30% renewable penetration by 2030. Since the major end users of power are distribution companies owned by the government, they need to buy into the idea that new capacity should be renewable and go about contracting the installation of that capacity. From our perspective, we share the vision that all new capacity in the coming years should be led by renewables, particularly solar.

How will your new projects impact the overall energy sector in the country?

One of our key projects going forward involves the conversion of existing power plants to natural gas. We own two major power plants located in San Pedro de Macoris, which currently generate 378MW based on HFO: Quisqueya 2, which is already capable of burning natural gas; and Sultana del Este, which can be converted to burn natural gas. Over the last year, we have been working on securing the supply of gas to where the plants are located, as well as securing infrastructure investment for long-term gas supply. The impact of this initiative will be significant. Not only will it reduce the price of the electricity we generate; it will also affect the entire system by completely eliminating the link between electricity prices and oil-based products. We have calculated these savings to be close to USD550 million for the government.

In terms of investment opportunities, how does the Dominican Republic compare to other Caribbean countries?

In the Caribbean and Central America, the Dominican Republic is the largest economy and has the largest power demand and is thus the largest market. In the Caribbean, we are also the largest and fastest-growing market. We project energy demand will grow around 3-4% per year over the next 20 years, which will double consumption by 2040. This will require a lot of investment and new capacity, which translates to opportunities for the private sector.

What are your expectations for 2019, and what is your long-term vision for EGE Haina?

2019 will be a milestone year for the power sector. We have a significant new player entering the market, Punta Catalina, a big government-led investment in a coal-fired 700 MW power plant, which covers roughly 30% of market demand. It is a significant event and change in the outlook of the power sector and will affect smaller and less-efficient players in the market. EGE Haina has been doing the necessary investments to diversify its energy matrix. Moving forward, we see a market that has sufficient traditional thermal power installed, particularly considering the entry of 700MW of new coal-fired power plants. Therefore, any incremental energy demand should be led by renewables. It is not just a trend, but the most cost-effective decision.