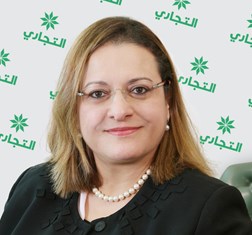 Elham Y. Mahfouz is the CEO of CBK, having previously acted as Deputy CEO and Acting CEO. She has been at the company since 2000. Before that, she worked with renowned Kuwaiti financial institutions and gained diversified banking experience. She often appears in Forbes’ list of the top-100 most powerful Arab business women. She has a degree in business administration from the University in Cairo.

Share on:
CBK’s net profit of KWD6 million for 1H2018 is higher by KWD4 million YoY. What actions have contributed to such a successful year? Whilst this year has been successful, there […]

CBK’s net profit of KWD6 million for 1H2018 is higher by KWD4 million YoY. What actions have contributed to such a successful year?

Whilst this year has been successful, there is always room for improvement. In 2018, we were affected by an ongoing legal case that has been running for around 10 years. We kept the provisions belt open throughout the year, which in turn affected our financial performance in terms of figures, in spite of the fact that the bank has made operating profits of more than KWD100 million. Still, we have to keep on the side provision which was less than KWD60 million. That affected the bank’s figures at the bottom line despite the good results that we made from the operations—whether that be interest income or fees. In 2Q2018, we have been successful in writing off some ongoing loan disputes. This can also affect our financial performance, but the operating profit will remain at the same level.

What other challenges often occur in the banking sector that you have to overcome?

Banks depend on government projects because whenever there is a major project carried out by the government, most of the Kuwaiti banks participate. On top of that, there is always an Islamic tranche and a non-Islamic tranche. When the government is not spending on projects, we have an issue because there is no momentum of capital. In such cases, we are affected in terms of our profitability. Obviously, our income depends on the government because its spending makes the economy move. The first PPP was for the Umm Al-Hayman waste-water treatment plant and was finalized and we are one of the banks participating in this important transaction. SME business is still undeveloped, and more effort should be made to educate young business people about running a business, financing requirements, and so on. We have witnessed family issues with respect to inheritance or the difference in thinking between various generations, and this makes the work increasingly complicated. The effects of family tensions are reflected in a business. This is a trend that is evident in the GCC.
How important is digitalization for the future of the banking sector?
The new generation forms the bulk of customers in the banking sector, but they do not visit branches to take care of their banking matters; they do everything online. Therefore, we have machines and kiosks in every branch. Moreover, we offer virtual banking, which means that you just make a phone call to the call center and everything can be dealt with over the phone. At the call center, people specialize in different services such as premier banking, account opening, and banking emergencies, for example. Full automation is the future of this industry.

What are the challenges of being a powerful woman in a sector dominated by men?

People assume that it is difficult for women to gain high-ranking positions in the Middle East. However, when I travel to Europe or the US, I do not find women in top-level positions. In fact, in Saudi Arabia for instance, women are claiming their positions on the frontline, and it was a pleasure to attend a seminar in Jeddah recently with so many inspiring women. As for Kuwait, I have been here for nearly 35 years, and I have seen few women in the banking sector. However, when the Amir opened the door for women to enter parliament, things started to change. For example, CBK has two women board members and nine high-ranking women executives. Similarly, there is a growing trend in the Middle East where women outnumber men in universities. A recent report stated that nearly 70% of the students graduating from university in the GCC are women. These results are not due to legislation, but rather evidence of positive steps toward a fairer, meritocratic society.