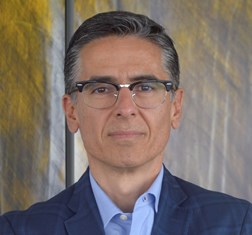 The Right Kind of Investment

Francisco Xavier Salazar is a chemical engineer with a master’s in economics and public finance with a specialty in global markets from the London School of Economics & Political Science. He was previously Chairman of the Energy Regulatory Commission (CRE) and President of the Mexican Chapter of the World Energy Council.

Share on:
The industry is still feeling out the new administration and looking for opportunities as the regulatory environment evolves.

What are the biggest challenges facing the energy sector as a result of the new administration?

The most important challenge for the industry is to understand how it can work with the new administration to continue investing for the benefit of the country and industry. But we need to give it some time, even a year. At the beginning of 2019, President López Obrador announced that the administration had national electricity and oil plans, though he was only talking about policy sketches, not the completed policies themselves. These will likely be issued in 2Q2019 as a result of the National Development Plan public consultation process. Many in the industry are waiting to see what else they can do under this new administration.

What are the pending issues for the energy reform?

The energy reform that was approved in 2013 and passed by Congress in 2014 requires further steps in terms of implementation. Although the Energy Regulatory Commission (CRE), the National Hydrocarbons Commission (CNH), and the Ministry of Energy (SENER) issued most of the regulations needed, some issues continue to be pending. For example, the new rate schemes for the distribution of natural gas or electricity tariffs. In addition, some manuals of the rules of the electricity market are still pending. Although these are not essential pieces of regulation and the industry can work with the existing regulation, they are still important pieces of the new framework that have to be finished in order to give more certainty for investors to make project decisions in Mexico. Investors are also waiting for the National Electricity and Hydrocarbon Plans, which will lay out the policies for the rest of the administration. These documents will provide more information about the role that the private sector, PEMEX, and the Federal Electricity Commission (CFE) will play, and, hence, the opportunities for investment.

As one of the architects of the reform, what does the gas market in Mexico need to be more competitive in comparison to other global markets?

All energy segments are different, and what is needed in Mexico’s natural gas market is not the same as the electricity or oil products markets. We have different situations and stages of evolution for each single market within the energy industry. Some markets are more mature, while others are newer and require more regulation or experience from the authorities issuing the rules. As for the natural gas market concerns, in general terms, the government, SENER, and CRE need to continue implementing what was already in place. This means that they need to maintain in place the capacity-contracting scheme on the pipelines, promoting a secondary market and pushing the owners to relinquish capacity when it is not being used after considerable time. One of the key decisions taken after the reforms was to force PEMEX to release part of its portfolio of customers. That allowed new players to come in and compete in the market. If the government sticks to such regulation and leaves prices unrestricted, then we will have a vibrant market similar to an extension of the US gas market.

Why do the new electricity tariffs play such a key role in the wellbeing of the electricity market in Mexico?

In most electricity markets, a central theme is how the new tariffs are set. In Mexico regulated rates are basically the key signal for competitors of CFE to invest in the market. If the rates reflect what is going on in the market and CFE’s costs as the basic service supplier, then we will see a great deal of investment. However, if the rates are subsidized in a way that goes against CFE’s numbers or finances, then it will be difficult to have other players compete. This is why it is important for the government to realize that the auctions for renewables were extremely positive in terms of reducing electricity rates by means of competition in the provision of energy.