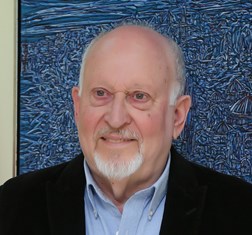 Sheldon Fink is a graduate of Harvard Law School and has held several prestigious positions over the years. During the 1970s, he acted as legal advisor to an oil tanker company based in Geneva and between 1982 and 1990, he was CEO of an American Stock Exchange-listed manufacturing company. Later, from 1990 to 2002, Fink acted as a developer in water desalination, electrical generation, and oil exploration projects in Turkey, Israel, and Jordan. Since 2003 he has been CEO of PBI Aqaba Industrial Estate Group, involved in developing an industrial and logistics project in Aqaba. In parallel, he is engaged in developing infrastructure projects in transportation and energy saving in Jordan and Turkey.

Share on:
With support from HM King Abdullah II, PBI Aqaba Industrial Estate has fast become a base for a wide range of industries, including multiple high-tech businesses.

How has the infrastructure within Aqaba Industrial Estate developed over the last year?

The site that we presently manage is 1.7 million sqm, with roughly 1.3 million sqm for investors, and the rest for streets and green areas. We should finish the infrastructure in 2019. Infrastructure has progressed on an on-demand basis, and we are approaching our land limits for infrastructure. As for sales, we are looking at a timeline of two to three years. In 2020, we will likely start running out of certain kinds of lots, as we have many different sizes of lots, ranging from 4,000m to 40,000m. Rather than finishing the project, we decided to continue with two additional sites. We have signed a formal contract for one site and have another site as an option to be formally decided upon by end-2019. The piece of land we have signed for is about 1.85 million sqm, and the potential site is another 950,000sqm. One of the sites is in Querah, which is about 25-30km away from Aqaba on the highway to Amman. The other site is about 2km north of the power station and 4km from the new southern port. Regarding the site we have already signed, Aqaba Development Corporation started to put in the infrastructure in early February, and we have started sales already. We have won a provisional contract and have two more in the pipeline. Those three together would probably meet the first year’s target goals. In partnership with ASEZA, we also have an MoU with a group of German investors for a large project that will take up one-third of the new area.

What sectors and industries are you prioritizing, and from where does that investment demand come?

We prioritize what the market wants. Though I was originally against garment industries, we changed our strategy two years ago. Since then, the garment industry has been the fastest-growing segment. Originally, we envisioned hosting metals engineering, plastics converting, power converting logistics, and some food industries but three years ago, we started to move into the low end of the high-tech business, namely hardware, manufacturing, and R&D. Moreover, we have a solar film producer and an extremely advanced LED lighting company. Both firms started up in the last two years.

What role does Chinese investment play in Aqaba?

We signed an agreement with the Shenzhen Chamber of Investment two and a half years ago to get Chinese companies in the Pearl River Delta area to relocate production, warehousing, and logistics to Aqaba. This was the first goal, and they subsequently became interested in the development of the additional sites. The Shenzhen Chamber of Investment formed an agreement with the Chinese State Rail Road, and we will assist the Chinese State Rail Road in the tender from Aqaba to Ma’an and the mining districts. That project is estimated at USD700 million. Our profitability in the future will depend on these project management activities and partnerships, though it is hard to make money because the government is competing with us.

What are your export markets?

We set up our first joint marketing company in 2018 with the producer of LED lights and are working with it to develop a market in the region and in North America. I am extremely optimistic about these activities, though they require us to grow our staff.

What is your vision for the company and Aqaba moving forward?

If we can continue to attract the right people, we can expand and grow further. Aqaba has grown because of HM King Abdullah II, who is extremely supportive. Other stakeholders have not been as supportive because it means diversifying economic development and bringing business outside of Amman. The government has to use its economic power for development, which means it should give more priority to local industries. We have succeeded in convincing the government to give advantages to the industries we bring; however, we are not a macro power. The government has to think carefully about its employment and industrial policies and how they are implemented. The future of Jordan depends on strengthening economic and educational reforms, supporting the private sector, and divesting some of the power from the central government to the provinces.