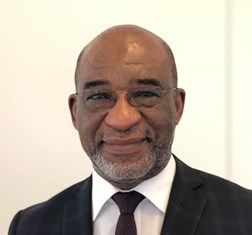 Frank Edozie joined Neconde in 2017 as CEO. Prior to that, he worked as the Senior Power Consultant at the Nigeria Infrastructure Advisory Facility-NIAF, a subset of the UKDFID. From 2013-15, he was the senior special adviser to the Honorable Minister of Power, working as a member of the policymaking body charged with responsibility for the national power sector. Edozie was also a member of the team that developed the Nigerian 30-year National Integrated Infrastructure Master Plan. With an engineering degree from the University of Ife, he began his career with Shell in 1972 and worked in various capacities with a variety of assignments in several of Shell’s upstream locations around the world.

Share on:
Neconde is an indigenous firm with a special interest in the acquisition and development of petroleum assets. In Nigeria, smaller oil and gas players are crucial for boosting efficiency across the sector.

How has the alternative evacuation plan affected the business from a cost perspective?

We approached that project in an unusual project delivery manner and did not follow the typical project delivery scheme, which creates the design, verifies it, and makes a final design decision, all of which take time. Typically, a project that follows this cycle will deliver between 24 and 36 months, and we did not have that time. We built the aircraft as we were flying it. This is great in the sense that the time to delivery is shorter, though it is risky because that far into project delivery, if something had not been taken care of in the design stage, the entire thing would have to be reworked. We were fortunate, and the bottom line was that the cost of delivering the alternative evacuation system was significantly cheaper than if we had followed the traditional project delivery route. We are already beginning to see returns in terms of value. The only way we make money is by selling crude; whilst the Trans Forcados Pipeline was out, we could not produce crude, as we could not evacuate. Today, we have better up-times with our wells as we do not have to shut down our wells as often as we had to with the oft-vandalized Trans Forcados Pipeline.

How was this project financed?

When we acquired the asset, most of it had been destroyed as a result of the violence in the Niger Delta. In addition to the shareholder funds that went into acquiring the asset, we had to take out loans to rehabilitate the assets and get them producing again. A great deal of the loans went into that, though we financed the alternative evacuation partly from shareholder funding and partly from the operational costs of the Asset Management Team, a Joint Venture management team between Nigerian National Petroleum Corporation (NNPC) and Neconde.

Do you see gas playing a bigger role in your revenue portfolio in the near future?

Our fields Odidi and Jones Creek are extremely rich in gas, and most of the reservoir models we are working with go back many years. We have not done new studies but have good reasons to believe that when we go looking for gas, we will find more.

What should be done to improve oil and gas infrastructure in Nigeria?

The simple answer is developing new infrastructure and upgrading the existing ones; however, the challenge is doing so. Most of the infrastructure in use today was built by Shell, ExxonMobil, Chevron, and others. Other than the Escravos Lagos pipeline system, the rest were built by IOCs based on long-term economics and justified by ongoing oil projects. We need to find the value proposition for a private operator to invest the large sums of money needed to develop such infrastructure. I say private operator, as I do not think the government should get involved in this. A government has no business doing business. We need to find private operators and give them incentives to carry out the development and manage the infrastructure.