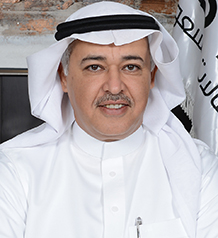 Dr. Khaled H. Al Biyari joined STC in May 2013 as Senior Vice President of Technology and Operations, and then served as COO. Currently, Dr. Biyari serves as Chairman of Sapphire, Chairman of Intigral, Vice Chairman of VIVA Kuwait, and Vice Chairman of OTL. He is a member of a number of professional organizations. He has lectured and published numerous papers on communication and information systems. He has also lectured on technology management and innovation as well as issues related to the ICT industry. Dr. Biyari holds a Ph.D. in electrical engineering from the University of Southern California and bachelor’s and master’s degrees in electrical engineering from KFUPM.

Share on:
TBY talks to Dr. Khaled H. Al Biyari, CEO of Saudi Telecom Company (STC), on the Kingdom's major consumers, challenges in the industry, and the Internet of Things.

STC registered an excellent performance in 2015. What were the key factors behind this?

This performance was a result of STC focusing on enabling a strong ICT platform, investing in a solid ICT infrastructure as well as employing its experience in dealing with the challenging circumstances the telecommunication sector usually faces. The company focused on expanding its broadband services, investing around $8 billion. The performance was also achieved by concentrating on the enterprise sector, especially medium and large companies as they represent a large share of the Kingdom’s market and are the fastest-growing segment.

What is the social and economic impact of the Internet of Things (IoT) in Saudi Arabia?

We cannot, as of yet, assess the impact of the IoT on the Kingdom. The concept remains in its infancy on a global scale. Yet, STC is gearing up for the IoT, knowing Saudi society has an historic record of fast uptake of new technologies. For example, Saudi Arabia has one of the highest, if not the highest, consumption rates of YouTube and other social media platforms. Smart device penetration is also one of the highest globally, and the average monthly data consumption hovers around 43GB. Preparations mean there is an urgent need for higher speed and greater capacity internet services that provide the backbone for IoT. A new generation of internet will allow machine-to-machine (M2M) connectivity and services, thus creating a service leap in people’s lives.

How can the public and private sectors work together to achieve digitalization across the Kingdom?

The government and the private sector have to work together and complement each other. For digitalization to take root, you need to be able to invest, which in turn means these investments must be profitable; otherwise, nobody would invest. That depends on the regulatory environment that the government puts in place, which is a necessary precondition for the private sector to start investing.

What role is STC playing in the digitalization process?

Our role has three facets: innovation, infrastructure, and enablement platforms. The latter involves deploying platforms such as the cloud and IoT, both of which fuel the digitization engine.

What is the significance of digitization for the Kingdom’s social and economic development?

The important aspect to consider is value. When we talk about $100 trillion over the next nine years in the global economy, the incentives for being more value-conscious are clear. That has to do with value coming to the different industries but also tremendous value coming to society itself.

What is your outlook on the sector’s development in the medium term and what role will STC play in it?

There is no doubt that the pace of growth of the telecommunication sector in Saudi Arabia will become faster, especially given the country’s 2030 Vision, which focuses on multiple sectors. In essence, this will mean the development of telecommunications and addressing the growing demand for broadband to achieve goals of the Vision. One of the most important pillars of this vision is the Kingdom’s aim to rank among the top-five countries in the world in terms of E-Government Index; STC and the Saudi telecommunications sector in general have the technical and human capacity to support this trend and achieve this important index.