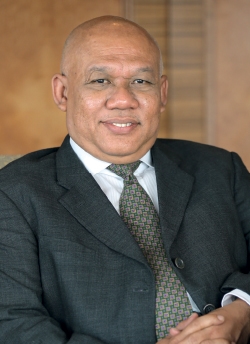 Raja Azmi is an eminent aviation industry expert and took up the role of CEO at flynas in 2013, following on from a successful track record of redefining the low-cost aviation landscape of Southeast Asia. He was instrumental in the launch of AirAsia Berhad, a Malaysian low-cost carrier. He then became CEO of Fly Asian Xpress SdnBhd, now officially renamed as AirAsia X SdnBhd, a position he held until 2007. He is a graduate from the London School of Accountancy and has a Chartered Institute of Management Accountants qualification.

Share on:
What has motivated the reengineering of your approach to the Saudi Arabian market, and what changes will make your goal of 20 million passengers by 2020 easier? NAS Air—as the […]

What has motivated the reengineering of your approach to the Saudi Arabian market, and what changes will make your goal of 20 million passengers by 2020 easier?

NAS Air—as the company used to be called—had been around for seven years and was struggling. When operating in Saudi Arabia we are faced with two disadvantages. The first concerns regulatory stipulations that prohibit charging above a certain rate on all routes. The second disadvantage is that being a private carrier we do not get a fuel subsidy. The question is learning how to work around some of these realities. This said, Saudi Arabia is growing, and is hosting a larger, more affluent population; people can afford the fares charged and many, including the middle class, are demanding more service and value, which they are willing to pay for. Low-cost carriers, in general, cater to a certain segment of the market, which is substantial: budget travelers and people who just want to get from point A to point B in the fastest, cheapest way possible. Obviously, in Europe and Asia, there are huge numbers of such passengers. In the Saudi market, however, there is a certain expectation, especially when you have excellent carriers in the region, such as Emirates and Etihad. We are one of the few privately owned airlines in the region; the rest are either state-owned or state-backed in one form or another, and we are competing against all of them.

Where does flynas fit into the market place among other carriers?

The aviation world is now distinctly divided between the full-service and low-cost carriers. We operate somewhere in the middle, which is the hybrid position, and this market is there for the taking. We will be an almost full-service carrier in terms of product offering, but in terms of operations, we will remain a low-cost one.

Which global trends are you taking advantage of in terms of new routes?

To start off with, I think our program is to attract Muslim travelers bound for Saudi Arabia. That is why our initial focus is the Umrah and Hajj package for all relevant countries. Going forward, we are going to make Jeddah a hub, just like Abu Dhabi has become. It will be a hub and spoke because when the new Jeddah airport opens in 2014, it will be more geared toward transit passengers. I can see someone flying with us to London from Kuala Lumpur, Riyadh, Dubai, or somewhere in Egypt. Ultimately, we will become a transit and spoke carrier on top of being a point-to-point carrier. The beauty is that for average wealthy Muslims around the world, the ideal trip would involve Jeddah to do the Umrah for two days, followed by a business trip to London, a return Umrah visit, and then the flight home. No airline other than Saudia can do that, directly. It seems logical to me to focus on destinations that enable us to tap into a resident Muslim population. Dusseldorf, for example, is home to a large Turkish population. And as of April 2014, we will have flights to Manchester in the UK, which also has a Muslim community. We are firmly on the road to growth.