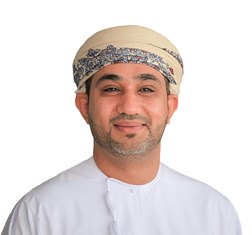 Yousuf Ali Al-Harthy is the CEO of OTF. He has been a technologist and entrepreneur for over 20 years. During this time, he founded a number start-ups after working for organizations and institutions in both the public and private sectors. He is well known and recognized as an expert in the field of IT for the many roles he has played in developing and shaping the ICT industry in Oman. He holds a master’s degree in information technology from RMIT University in Australia and double degrees in IT and business from the US.

Share on:
The Middle East is underserved in terms of venture capital, and OTF seeks to provide avenues for entrepreneurs to translate their ideas into reality.

What sub sectors have the greatest potential within the Middle East?

There is room for tech start-ups and apps that provide basic services, such as last-mile delivery and payments that other apps and platforms need to use in almost every country. A start-up will certainly make money if it can solve that challenge. Anything that has to do with food and basic life services also has potential. Successful companies that provide delivery services may subsequently be acquired by larger companies to gain better market access, not necessarily because of the depth of the tech involved, similar to Otaxi. There is room for such services, while investors like us will make a return, which is great for ecosystem development.

Where do you see the future of tech start-ups in Oman?

Tech start-ups should address problems that have the potential to grow to an international scope. We will not invest in any company that only serves the Omani market; it has to have the potential to become a company earning USD100 million. It needs to think of a big market size, solve an issue, and use deep tech. The deeper the tech, the better, which is where the future lies. For small countries, it is better to start with B2B, because the consumer base is not that large.

What regulation changes could be made to encourage start-ups?

There could be changes to the commercial law to allow share options for employees so that start-ups can be more flexible with salaries. The current situation is extremely complicated, which is why we register these companies at some point or at another offshore like in the Cayman Islands. Tech start-ups cannot pay large remunerations to their employees, and we would like the option of giving employees stock options. In the region, there is no concept of preferential shares; they are all equal and common shares. As investors, we want protection and demand superior classes of preferential shares. The current law does not differentiate, and if it changes, it will bring in more smart capital. We also need a bankruptcy law that limits liability both for the entrepreneurs and investors. We also want to see greater liberalization of the visa process in terms of smart visas so that it will be easier to bring in talent to the country.

Does OTF work with regulators on behalf of the start-up industry?

In order to operate, we were unable to wait for these changes to take place. The beauty of operating in a small country is that the government is extremely accessible. We benefited from many exceptions. For example, foreign investors must contribute a minimum amount, which tech start-ups do not have. To be given a license to operate, companies must also have a rent agreement, and we offered a co-working space so they could avoid that step. Right now, everything is done through exceptions rather than structural changes in the law, so there is still work to be done. The government has been receptive and responsive, though this takes more of our time.

Looking forward over the next 12 months, what are OTF’s primary objectives?

We doubled our investments in 2018 in comparison to 2017, both in terms of the number of investments and the invested amount. We are extremely positive with that. In 2019, our investment will likely peak at its highest yet. In the first two years, we were working on internal operations, building our team and raising awareness while investing as well. Our two main objectives are to deploy most of our capital in 2019 and build up the strength of our new deep tech fund. Because of our investments in 2017, Oman moved up from 17th place in the Middle East in terms of tech total tech investment to number 10. In 2018, we expect Oman to move up again.