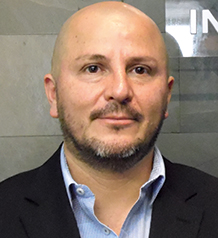 Thriving in Booms, Surviving through Busts

Share on:
TBY talks to Carlos Brenes, Partner of GCI Ingenieria, on opportunities in the public sector, preparing for construction cycles, and maintaining best practices.

How was GCI Ingenieria formed, and where is the company today?

We started the company in 2005. We decided to start something different, although the plan was to be in consulting for the engineering sector, including civil, structural, electrical, and mechanical engineering; we wanted to provide project management services as well. We also wanted to have something that was more organized in terms of following standard procedures using professional project management best practices. We decided to certify our services with the ISO 9001, which helped us be more standardized. The period from 2005-2007 was the last phase of the real estate boom in Costa Rica. There was a great deal of work in Costa Rica at that time for engineering consulting because many people from the US and Canada were moving to Costa Rica. Fortunately for us, we got a part of that business. We began doing our work and grew from a team of six people to about 65.

Are you moving away from public work toward the private sector?

It varies because the political cycle in Costa Rica means that, at the end of every term, we see more work coming from the public sector. Currently, we are preparing for a new term and expect public work to be accordingly somewhat slower. Construction is cyclical, and as engineers, we need to prepare for that. We need to have people ready when we expect growth so that we have the capacity to start right away. A decade ago, we had three months to design a project. Today, clients want the same design in one month, so you need to have the tools to do it. For example, we use BIM for all our projects. We need to have a strong capacity to be ready to do the work. By the same token, when work slows down, we need to be ready to downsize.

Are there any government infrastructure projects on your radar?

There are some projects coming. One project of particular interest is the dry channel from the Atlantic to the Pacific Ocean. It will resemble the Panama Canal, though it will comprise an eight-lane freeway plus a railroad connecting the two main ports. That is a megaproject that has been talked about for several years. It is realistic, even though there have been delays; there are environmental concerns to be addressed, and it has to be done under a concession model. We first need interested parties. It would be the largest project that Costa Rica would embark on in the next 10 years, along with a subway. The government needs to partially subsidize the subway; the fares and number of people using it will make it economically unfeasible otherwise. In Panama, for example, users pay less than a dollar, which is subsidized by the government. The price that would make it economically feasible is higher than the actual fare. A subsidy could work here, given that we do not have a huge volume of people to generate the income that would make a company interested in doing the project under a concession scheme. We need to see who will win the election and find out if they will push for the subway project.

What are the general challenges of doing business in the real estate sector?

Bureaucracy used to be a big issue due to permits. Typically, a designer is in charge of securing the permits for their work. It used to be a nightmare; however, fortunately the College of Engineers (CFIA) has made some efforts to make it an online process, which has certainly improved things. However, one of the challenges is the presence of less formal companies that do not always compete with the same rules. More importantly, we hope the government will continue to push for more infrastructure so that the thousands of engineers in Costa Rica continue to have work. The private sector alone is not enough for all of us to survive; we need the government to promote more projects.