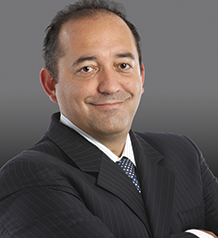 Daniel Córdova has an economics degree from Universidad del Pací­fico (UPC) and a PhD in international economics from the University of Grenoble. He has worked in management positions and has been a board member of major private and public companies. He is the leader of Newlink Peru and President of Invertir Institute and has been CEO of the Foreign Trade Society of Peru COMEXPERU and CFO of Compania Minera Milpo. He founded the Association of Companies Promoting Capital Markets (Procapitales) and was Dean of the faculty of economics of UPC as well as Director of the Graduate School of UPC. He was also President of the Board of the Bank of Commerce.

Share on:
How does Invertir utilize PPPs? Around the world we know the PPP structure. In Peru, we work in two other forms of PPP. The first is Obras por Impuestos, which […]

How does Invertir utilize PPPs?

Around the world we know the PPP structure. In Peru, we work in two other forms of PPP. The first is Obras por Impuestos, which is an investment against taxes. This is when a private company invests in a public facility or utility and the amount of the investment is deducted from their taxes. There are, of course, a few laws surrounding this possibility; it is an extraordinary mechanism to involve the private sector in public investment. We have problems with public management in regions and municipalities within the federal government in Peru wherein despite great management of public finances Peruvian officers do not execute the budget. This fact shows a lack of management skills at different levels of the government. PPP have been created to avoid this kind of problem and to develop infrastructure with private-oriented management.

What are the keys to a successful Obras por Impuestos (OxI) deal?

For an OxI to be successful, it is important to match interests. The first is finding a company that is willing to make a social investment in issues like a school or water facilities. It must be willing to work with people associated with this investment and put down cash on the table. The company cannot recover the taxes until after the investment is made so it must put down money upfront; for a successful OxI it is important that a company that is financially willing to do so. This has been interesting for certain companies here because they only think about social responsibility and the importance of having it in our country. This is a new world within local governments. In 2015, the window was opened to work on OxI with the central government budget. After these pieces are in place governments have to work with reliable companies, like ours. They need to work with reliable construction companies and reliable consultants in order to be successful. For example, if the consultants are just as bad at the public managers, this increases the risk of not recovering investments.

Which projects have been particularly successful?

What are some of the challenges that you face while working on OxI?

What are your main goals for 2016 and the future?

The new government is committed to solving the lack of infrastructure. It wants to create a more efficient state. We hope to grow and push the economy much more with this new government. We made the market-oriented reforms but did not do the second-generation reform. We need greater reforms in health, education, the judiciary, security, and, of course, infrastructure. Overall, we need a more proactive state and that is our greatest challenge to remain the most dynamic country in Latin America.