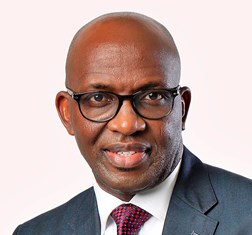 Tony Attah is the Managing Director/Chief Executive Officer of Nigeria LNG and the Vice President of Bonny Gas Transport. He has over two decades experience in the Oil and Gas Industry and prior to his current role at Nigeria LNG Limited, he was the Managing Director and Board Chairman of Shell Nigeria E & P Company SNEPCo, Vice President HSE and Corporate Affairs, Vice President Human Resources (HR) as well as other technical & non-technical roles in Operations and major projects including being the head of Head of Joint Venture Economics in the commercial function. He holds a Bachelor degree in Mechanical Engineering from the University of Ibadan and a Master of Business Administration from the University of Benin. He is a member of Council for the Regulation of Engineering in Nigeria (COREN) and Society of Petroleum Engineers (SPE), and a fellow of the Nigerian Society of Engineers (NSE). Over his distinguished career across Europe, Russia and Africa, He has led multi-disciplinary teams across diverse cultures. He has been renowned for his strong strategic and commercial mind-set which is underpinned by a solid technical background and excellent leadership capabilities. His goal in NLNG is to sustain the historical excellent performance, move the company to the next level and continue to make NLNG an inspiration to Nigeria.

How relevant is NLNG to the Nigerian gas sector?

NLNG is perhaps the most relevant piece of the Nigerian gas jigsaw puzzle and one of the best-run companies in the world. We have been in operation for 20 years, though we built up our plant capacity from 1999 to 2006. Our vision is to be a global player, helping to build a better Nigeria. To date, we have generated over USD90 billion in revenue and paid more than USD33 billion in dividends to the shareholders and an additional USD6 billion in taxes to the Federal Government. We have also made a significant contribution to the environment. Before NLNG was created, Nigeria was on the ignominious list of gas flaring nations, behind Russia who is still number one. Today, NLNG has helped reduce flaring in the country from about 65% to 20%. We have also contributed heavily to the domestic gas space. Though many think we are only export market oriented, we got involved in domestic LPG, or cooking gas. Before we did so, the overall capacity was just 50,000 tons for a country of more than 180 million people. We currently contribute 50% of today’s capacity of 500,000 tons. We will continue to push LPG into the country to change the narrative of around 100,000 people (predominately women and children) dying annually from smoke inhalation in Nigeria.

What role does LNG play in your operations versus LPG?

Our business is LNG, while LPG is a by-product that occupies only around 5% of production output. We are not just trying to make money; we are trying to help the nation by eliminating gas flaring in Nigeria, eliminating the statistics of women and children dying from smoke inhalation, as well as bridge the infrastructure gap that impacts negatively on power availability in the country by encouraging use of LNG in the country. We have power plants but no gas supply, because the infrastructure is poor. The future of Nigeria will be largely underpinned by gas because the energy transition is happening. The world wants more and cleaner energy, which puts pressure in terms of resources. With climate change, we have an advantage as a gas business because the energy transition will accentuate the relevance of gas. It may downplay certain dirtier fuels such as coal, though in the end, it will have to be about the competitiveness of gas.

Where does NLNG fit within the natural gas pricing debate?

The price that matters is the market-driven one, though there is also our gas-purchasing pricing. For the domestic gas agenda, the government-driven price is a huge factor. The government defends this domestic pricing regime because of the lack of growth in the domestic space, while investors say the price is not competitive enough to be economic. There are two sides to that argument. Investors will say there are no off-takers, which is partly true. They want the off-takers before they invest, though off-takers want the gas before they will proceed. NLNG wants to intervene in that debate. We believe investors should invest and we can take it until the off-taker is ready, and off-takers can then start to follow the trend as gas becomes cheaper, cleaner, and more available.

Can you tell us about the ongoing Train 7 project and the challenges in implementing it?

Nigeria’s future growth is in gas. That growth for us is Train 7, which increases our capacity by more than 35%, from 22 to 30 million tons of gas. We were number three in the world before the shale revolution, where America and Australia got involved and we fell to fourth. However, our ambition is to regain our third position in the world, which is challenging as the rest of the world is also moving in this direction. Regardless of what other countries do, however, we want to grow, and Train 7 has been on the table for a while. We accelerated from Train 1 to Train 6 but then stopped, and since 2007 have not really expanded our capacity.

What was delaying Train 7?

First, we did not receive much attention because of the focus on green field projects rather than brown field projects. Now, the government’s keen interest and the alignments of our shareholders have made a big difference today. I must say that the stars have lined up for Train 7.

How much of the capacity increase with Train 7 will drive local demand versus international?

Most of it will drive local demand to position the domestic gas agenda. To unleash that capacity, we have to unleash the total development of the 192 Trillion cubic feet (tcf) or even the 600tcf. For me, the critical issue in the Niger Delta is poverty and unemployment. Train 7 has the potential to create more than 10,000 jobs in the first phase and 18,000 jobs overall. The social impact of more people being employed in the Niger Delta will help bring tension down.

How can Nigeria monetize its huge natural resources and increase its position as a global player in the supply of gas?

It is all about development. There are countries that wish they had even half the reserves Nigeria has, and had to shut down their LNG plants because they ran out of gas and had no capacity to grow. We, on the other hand, have proven that we can, through what we achieved with Trains 1 to 6. Now, many of the regulatory and fiscal responsibilities need to align in favor of positive investment in gas both for domestic and export. Oil has taken us 50 years, and the next 50 years has to be about gas. Nigeria is a gas nation that has some oil, so we must make that count, as the future is gas. Industrialization, agriculture, power, and petrochemicals are critical pillars that can be turned around by gas, and until we really strengthen the gas turf, these four elements will not contribute a big differential between the scopes of GDP.

NLNG for 2019 is on growth and Train 7. It is also the year when NLNG turns 20 in terms of operations. In addition, contracts for the first three trains will be renewed, allowing NLNG to prove Nigeria’s relevance in the global market. In the next four or five years, we are remarketing about 9 million tons of existing volume and adding about 8 million tons, so 2019 will be an active year for us. We look forward to it.