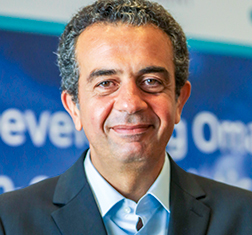 A dynamic industry leader respected for his expertise in developing strategies for real estate and integrated tourism destinations, Ahmed H. Dabbous skilfully heads the company’s portfolio of projects, aligning their growth with Muriya’s vision and values of creating lifestyle experiences and contributing long-term value to the tourism, real estate, and retail sectors. Prior to joining Muriya, Dabbous was CEO of Soma Bay Group, an exclusive integrated touristic project on the Red Sea. His earlier career includes various senior positions in finance and management with major companies including the International Finance Corporation and leading real estate development company SODIC.

Share on:
TBY talks to Ahmed H. Dabbous, CEO of Muriya, on Muriya's contributions to tourism in Oman and new developments to launch.

What have been some of Muriya’s key milestones over the past year?

In 2017 Muriya celebrated 10 years of having a solid presence in Oman and five years of contributing to the hotel industry, with almost 900 hotel rooms between both our Hawana Salalah and Jebel Sifah destinations. With this we take pride in being the largest single private sector contributor to the four- and five-star hotel segment in the last five years. Needless to say this progress, and continued financial investment by our shareholders, Orascom Development Holding and Omran, occurred during a difficult international economic climate, which witnessed an economic crisis, the Arab Spring, and a regional oil crisis. For us to succeed during these past five years is in itself something for which we are proud. Our efforts extended beyond benefiting our own destinations. We did not only build hotel rooms to expand Oman’s tourism sector, but through a solid partnership with Oman’s Ministry of Tourism succeeded in transforming Salalah into a year-round tourism destination as opposed to a seasonal destination that was primarily an attraction for Gulf citizens during the months of Khareef. Tourism in Salalah during winter was small and limited. Muriya, with our fruitful relations with international tour operators, helped attract direct charter flights from Europe, and we now have six weekly flights coming from European countries, primarily Germany, Italy, Poland, and Slovakia. This did not exist five years ago. This influx of European tourists is not only benefiting our Hawana Salalah destination, but also other four- and five-star hotels in Salalah. As such, we are contributing to the overall tourism growth of Salalah at large. As a direct result of that, the recent report by STR Global, the source for premium global data benchmarking reports, analytics, and marketplace insights, has shown that in 2016 Salalah witnessed a 13% growth in tourism revenues.

What are some of your upcoming expansion plans or projects?

Construction of the Hawana Aquapark is already underway and due to launch at the end of 2017. In May 2017, we had the soft launch of our nine-hole Jebel Sifah golf course, with the official opening planned for September. We are adding an additional 120 hotel rooms in Hawana Salalah, with a plan to add over 300 rooms over the next three years within all our projects. Additionally, there are sub-developers and investors investing in our projects, building hotel rooms among other leisure facilities. On the real estate front, we are launching new residential neighborhoods at both our Hawana Salalah and Jebel Sifah projects.