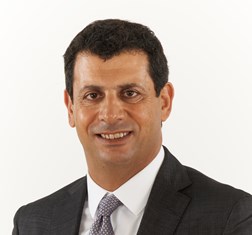 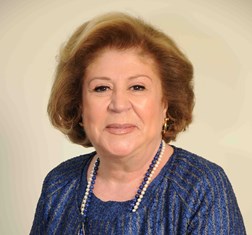 Share on:
Legal and tax frameworks may be hindering the industry, but transport and logistics providers are powering through to establish Lebanon as a regional hub.

What are some of the obstacles being faced by the industry right now?

MOURAD AOUN The Net Holding is a regional logistics group operating in the Levant with two divisions offering express and freight forwarding services. During the past decade, political and economic challenges have been magnified by the fundamental changes in world trade that e-commerce brought about. The express industry in Lebanon is going through many changes due to the online trade requirements. The country has to adapt, but this adaptation is facing three major problems in Lebanon. First, there are fiscal and tax problems. The government has to amend the customs and fiscal practices from a national strategy perspective to grow e-commerce. Also, even though many e-commerce sites have clear return policies, Lebanon is not ready for e-commerce’s reverse logistics. Finally, the Lebanese market is quite small. We need to increase volume and position ourselves as a regional gateway by encouraging online vendors to set up distribution centers in Lebanon.

MONA BAWARSHI Taxation is a major obstacle, as are foreign exchange issues. The Governor of the Central Bank has made wise decisions in this regard, and his leadership has led the country to further stability. Overall, the Lebanese pound’s stability in recent times is encouraging. In the past, the volatile exchange rates caused many hardships for our company, and we faced losses. The issues in Syria are also impacting our business, but we have learned how to cope. Overland transport has become increasingly challenging. One of our major outlets is Syria, but we have stopped sending trucks through Syria because of the chaos there; for now, we are using ships. The company had heavy transport operations in Iraq and Syria, but much of that has slowed down over the last decade. In Lebanon, we have certain routes, and we are managing. If there is a project in Lebanon, we give it everything we have so that it succeeds. Recently, we managed the transport operations for an electricity project in Zahle. At present, we are working to get the alternative energy wind turbines project in Lebanon, along with many other transport firms working to land this project.

How have you been assisting policymakers in positioning Lebanon as a logistics hub?

MA Today, the government has the responsibility of turning Lebanon into a regional hub like Singapore or Dubai, which means offering our regional competitive transit services and solutions for logistics needs. There are three requirements to becoming a regional logistics hub: the right infrastructure and regulations, companies that are willing to invest, and alignment of any regional strategy with our national objectives. Our regional presence and international affiliations gave us the exposure and expertise required to be able to assist the government in positioning Lebanon as a regional logistics hub. Customs officials are serious about significantly changing the way actual business is being done and want to enforce more transparency, compliance, as well as efficiency in the actual practices. On the other hand, we are looking forward to the kickstart of the reconstruction in Syria and hope that the government will put in place the right infrastructure and regulations that will allow Lebanon to play a role in rebuilding Syria. Finally, in March 2018, The Net Holding signed a representation agreement with UPS, a global industry leader, to promote its services in Lebanon and use its global expertise to bring to the business community and consumers a world-class service and innovative solutions.

How are you impacting the male-dominated transport sector with your focus on female empowerment?

MB I try to represent women in the best way I can. My biggest challenge has been to show that women can operate in these spaces just as well as men. Initially, I faced resistance as a woman, but I am here serving as an example for the women that will come after me. Every woman that enters a boardroom is fighting her own battles. There are many battles to be fought, but women and men need to complement each other rather than fight each other. My husband and I have led this company together for a long time, and our partnership serves as an example for the way women and men can work together in business and life. We are all human beings, and we all deserve respect and consideration as individuals.