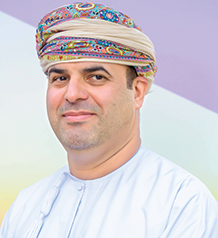 Hamood Sultan Al Hosni began his career in 1994 as a civil engineer at Muscat Municipality, where he went on to become Director General of Technical Affairs in 2007. He has also held executive and non-executive positions at numerous companies, including the National Securities Company SOAG, and held Board positions for Oman Environmental Services Holding Co. SAOC, Oman Waste Water Services Co. SAOC and Water Front Investment Co. SAOC. He is currently the CEO of Muscat Bay, the region’s newest premier resort village. Al Hosni graduated with a bachelor’s in civil engineering from Sultan Qaboos University in Oman in 1994.

Share on:
TBY talks to Hamood Sultan Al Hosni, CEO of Muscat Bay, on project development, rebranding, and catering to its diverse investors.

What led Muscat Bay to rebrand, and what impact will this have on the company?

The main reason behind the rebranding was to make it easier for people, especially tourists and expatriates, to pronounce our project. We also wanted people to link the site to the area itself and reflect the demography of the site and its location on the bay. The shape and colors of the logo itself also reflect the water and the mountains.

Where do you currently stand in terms of the development, and when is the project expected to be completed?

We are currently reaching the final stage of construction of Phase I. We have completed the entire infrastructure related to the project for both phases, though in terms of construction we have only finished the first phase. We already started delivering some of the units in some of the zones, shortly we will also start delivering the rest of the units. The first half of 2018 will, therefore, be extremely important for us, and we will transition from a development stage to an operational stage. We are developing 206 units at this stage for phase I, and the rest of the 435 units will be developed during Phase II.

Where do you currently stand in regard to the development of your two hotels, Resort and Boutique, and what impact will they have on the overall development?

One of the hotels is almost ready and is reaching the completion stage as well. We expect it to be ready by the second half of 2018 with a soft opening in June or July. Jumeirah Muscat Bay Resort Hotel will consist of 206 rooms, which are all sea facing. For the other hotel, we already cut into the mountain and have prepared the site for the construction phase. We seek to complete one hotel first before fully focusing on the other site. Both hotels are five-star deluxe hotels, and all the rooms will have a sea view and balconies. We are bringing a new offering to Muscat, where we have both regular rooms and villas attached to the hotel; guests can request a villa with a private pool, as well as have the beach at their disposal. The hotels will be part of a larger amenity-driven picture; the development will also include a recreation area in the heart of the development called Village Square. Village Square is a retail developments linked to a 30,000-sqm park with amenities such as a pool, playgrounds, children areas, and outlet areas. The Park and Village Square will be ready by 4Q2018

What has been the response from investors thus far?

The response has been great. We have had interest from Omanis as well as people from all over the world; we have investors from Europe, the US, and Asia. The current ratio is around 50% Omanis and 50% non-Omanis, including the GCC and other parts of the world.

What are Muscat Bay’s main objectives for 2018?

2018 will be our turnaround year; we will start moving from a development stage to an operational stage. We hope to start operating the hotel the operation of the entire residential area as well. We will also complete the other areas, including the park and the recreation area. Our developments add great value to the national economy, and we are developing a place where people can enjoy and have a nice time. It is also the first time that the Jumeirah chain of hotels is entering the Omani market, and this will add value due to the promotion of true Arabian hospitality. We will deliver a new product to the market, and this will also attract a different clientele to Oman.