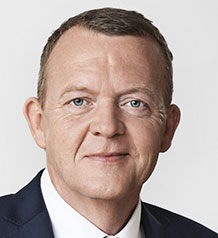 Share on:
"The Mexican economy is one of the world's largest, which makes it an extremely interesting export market for Danish companies."

I consider the bilateral relationship between Denmark and Mexico to be a uniquely strong one. At first glance, one might not expect Denmark and Mexico to have much in common. We are vastly different countries in many aspects, such as culture and geography. Yet in spite of that, the relationship that Denmark enjoys with Mexico is strong and benefits both of our countries. I was pleased to welcome President Enrique Peña Nieto and his delegation in Copenhagen. We had some inspiring discussions and I am delighted with the many bilateral agreements signed between Mexico and Denmark in the areas of health, energy, and climate change. On global issues, Denmark has for a long time found a reliable partner in Mexico. It is reassuring to us to know that on critical issues such as combating climate change and supporting indigenous peoples’ rights, Mexico is a standard-bearer and a trusted partner. I truly value the leading role Mexico plays in Latin America on climate change. In 2015, Mexico and Denmark cooperated closely on the adoption of new sustainable development goals.

Where do you see the biggest potential for deepening trade ties between Mexico and Denmark?

Denmark is a small country with a long tradition of innovation and focus on increasing productivity, efficiency, and constantly moving towards greener and more sustainable solutions. Mexico on the other hand is a large country with an enormous labor force and good conditions to host production with global perspectives. It is my ambition that Danish companies sell more solutions and much more know-how to large Mexican companies in order to improve their competitiveness and market strength. In energy efficiency, for example, Denmark has developed world-class technologies and know-how. Mexican companies with high energy consumption could harvest major economic advantages by adopting Danish solutions. Denmark is also at the forefront of health and welfare technology. Mexico is building and renovating a large number of hospitals over the next years, and its government has a strong focus on increasing the quality of health services. A strong alliance between Danish health technology providers and Mexican hospitals would give Mexico access to cutting edge solutions, creating a win-win situation wherein Danish companies would trade more with Mexican partners who on the other hand would improve their services and, in the case of private hospitals, competitiveness. The food and agricultural sector is also important in our trade ties. Denmark has great experience and world-class solutions when it comes to improving the efficiency and quality of meat and dairy production, and Denmark is second to none when it comes to the whole value chain of porcine production. The growing Mexican production of porcine could benefit tremendously from cooperating closer with Danish technology and know-how providers.

In 2013, the Danish government launched its emerging market strategy, which aims to increase exports to Mexico by 50%. What factors moved Denmark to establish Mexico as a strategic partner for the upcoming years?

The Mexican economy is one of the world’s largest, which makes it an extremely interesting export market for Danish companies. More importantly, the consistent Mexican political commitment to a free trade-based economy as well as recent reforms and initiatives to move toward a greener and more sustainable economy has made Mexico increasingly relevant for Danish companies. I am fully aware that it takes time, patience, and local knowledge to succeed in the Mexican market; however, the market strategy for Mexico reflects the Danish government’s drive to prioritize and encourage Danish companies to think strategically about the great market opportunities in Mexico.

Both countries signed a bilateral agreement to help Mexico meet its commitments to reduce carbon emissions between 2014 and 2017. What are the major lessons that Mexico can learn from Denmark in this matter?

The simple fact is that necessity is the mother of invention. The Danish energy transition took off in the 1970s in response to surging oil prices. Today it is not oil prices but the future of the entire planet that forces the world, including Mexico, to change. The good news is that the transition is a sound business initiative. It eliminates the downsides and dilemmas of energy consumption and production, leaving us with a more viable long-term source of energy. By 2050, Denmark aims to be independent of fossil fuels. Danish exports of green energy technology almost tripled from $4.5 billion in 2000 to $15.5 billion in 2013. Green energy pays off, and as the international commitments become realized, the future of green energy business looks bright. In early 2016, we concluded a global climate agreement in Paris, where Mexico was one of the major players in realizing the commitments made in this agreement. Mexico has set ambitious targets for carbon emission reductions and green transition of the energy sector. Denmark has accumulated a significant volume of lessons learned that we now share in an Energy Partnership Programme, which includes a well-established Danish-Mexican energy cooperation for several years. Through this cooperation we supported the Mexican contribution to the COP21 negotiations, the so-called Intended Nationally Determined Contribution, which is now set to be implemented. In Denmark, we have a solid basis for long-term, holistic energy planning. These experiences can also be used in Mexico to ensure a cost-efficient green transition.