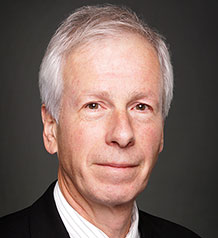 First elected in a 1996 by election, Stéphane Dion was re-elected in 1997, 2000, 2004, 2006, 2008, 2011, and 2015. Dion served as Leader of the Opposition from December 2, 2006 to December 10, 2008. In July 2004, under former Prime Minister Paul Martin, Dion was appointed Minister of the Environment. As Minister, he was instrumental in securing international agreement to extend the Kyoto protocol beyond 2012 at the follow-up to the Kyoto Conference on Climate Change in Montreal in December 2005. He was appointed Intergovernmental Affairs Minister in January 1996 under former Prime Minister Jean Chrétien, where he worked to improve the federation. He developed the federal government’s case against unilateral secession, which would have jeopardized the rights of Quebecers and all Canadians, obtained a favourable opinion from the Supreme Court of Canada, and turned the court’s opinion into law through the Clarity Act, passed in 2000.

Share on:
"Canada and Lebanon enjoy a close relationship built on the strength of 62 years of diplomatic relations."

What are the main opportunities of the bilateral relationship between Canada and Lebanon?

Canada and Lebanon enjoy a close relationship built on the strength of 62 years of diplomatic relations, reinforced by close cultural ties and participation in La Francophonie. Given the significant challenges the country faces today, in terms of the security, political, and socio-economic situation, there is much to do to partner with Lebanon in ensuring its stability, and there are plenty of opportunities to increase our bilateral ties on that basis. We announced, in February 2016, Canada’s increased support over the next three years in terms of security, stabilization, and humanitarian and development assistance, as well as enhanced diplomatic engagement to respond to the crises in the region. Lebanon will benefit from this assistance. I would like to thank our Lebanese counterparts on the ground with whom we have had excellent cooperation, further forged through Operation Syrian Refugees. Our joint intervention has created more opportunities to widen our collaboration to other sectors. I would also like to underscore Canada’s commercial relations with Lebanon, where bilateral trade increased in 2015 over the previous years and we are very keen to engage with the Lebanese public and private sector on ways to expand bilateral commercial relations.

The Lebanese diaspora represents the largest Arab diaspora in Canada. What have been the major contributions of the diaspora to Canadian society?

As Member of Parliament for Saint-Laurent in Montreal, I can attest €Žthat the Lebanese community is growing steadily. The Lebanese-Canadian community is estimated at over 165,000 people. We also have a large Canadian diaspora in Lebanon, estimated at over 40,000 people. This significant diaspora provides a competitive advantage to developing economic, cultural, and academic links. We are very happy to see the Canadian market growing in Lebanon, with the presence of Canadian companies, either directly or through agents, representatives, franchises, and partnerships that include Blackberry, Intelcan, Raytheon, La Senza, Second Cup, and HEC Montreal.

Canada has made significant contributions to Lebanon in light of the Syrian refugee crisis. How has this assistance strengthened Lebanon’s resiliency to face this challenge?

Despite these close ties between our two countries, I remain gravely concerned about the significant challenges that Lebanon is facing today, mostly with hosting an immense number of Syrian refugees. We commend the Lebanese people for welcoming and hosting civilians fleeing the conflict in Syria. Along with other Canadian governmental departments, and with the assistance of our embassies, we were able to meet our commitment of welcoming 25,000 Syrian refugees by the end of February 2016, of which over 14,000 came from Lebanon. We have renewed our commitment, and we look forward to welcoming more Syrian refugees throughout 2016. Since the beginning of the conflict in Syria, we have contributed over $1 billion in humanitarian, development, stabilization, and security assistance to the broader region to help neighboring states deal with the Syria refugee crisis. I am very pleased to see such a coordinated effort to provide support on the ground. Through our funds, we support activities implemented by UN agencies, non-governmental organizations, and the International Red Cross/Red Crescent Movement. However, I am concerned about the growing presence of armed extremist groups, and Canada has firmly condemned their attacks inside the country. For example, we are supporting the capacity of the Lebanese Armed Forces, countering violent extremism in Lebanon, countering the financing of terrorism in the region, and enhancing judicial and regional cooperation to counter the threat of foreign terrorist fighters.

What will be the highlights in your agenda as head of the Canadian Foreign Affairs Ministry to strengthen the relationship with Lebanon?

Last February, alongside our Prime Minister, we announced our new policy. We committed $1.6 billion in humanitarian, development, stabilization, and security assistance to the region over the next three years, from which Lebanon will benefit. We will also work with our international partners to deliver $840 million in humanitarian assistance, $270 million in bilateral development programming, and $145 million to security and stabilization programming, from which Lebanon will benefit, including in responding to internal challenges related to the crisis in Syria. I was pleased to see that in light of our commitment, on April 15, 2016, Marie-Claude Bibeau, Minister of International Development and La Francophonie, announced a contribution of $20 million to the multi-donor Concessional Financing Facility, which will play an important role in helping strengthen Lebanon’s ability to manage the crisis and provide crucial services for refugees and host communities. I would like to conclude by reiterating my earlier statement that, throughout the recent months and going forward, Canadian officials are conducting assessments to determine how we can best direct our assistance to ensure that our efforts support Lebanon’s objectives for stability and prosperity. We commend the Lebanese government’s dedication to keeping Lebanon stable and disassociated from regional conflicts, and encourage all parties to adhere to this commitment. We continue to encourage and support the country’s efforts to end its political deadlock, and to both elect a new President and hold parliamentary elections as soon as possible.