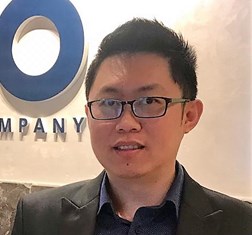 Jason Pok Hooi Loong is CEO of APCO. He graduated with a first class honors bachelor’s in electrical and electronics engineering and a master’s in electrical engineering from University Tenaga Nasional, Malaysia. He has been with YTL Power since 2007 doing business development, greenfield bid submission, and merger and acquisition work. He was part of the YTL Power team involved in the USD2.7-billion acquisition of PowerSeraya, a 3,100-MW multi-utility business, in 2009. He was appointed CEO of APCO, Attarat Mining Company, and Attarat Operation & Maintenance Company in 2017.

Can you give us a brief overview of APCO and its project?

APCO is constructing the first oil shale mine mouth power plant in Jordan. Located at Attarat um Ghudran, about 110km southeast of Amman, the project will be the first to commercially utilize Jordan’s abundant oil shale reserves and will significantly reduce Jordan’s reliance on imported oil and gas. With over 30 billion tons of oil shale, Jordan has one of the largest reserves in the world. APCO, the project company, is 45% owned by YTL Power from Malaysia; 45% by Yudean International, a Chinese state-owned company; and 10% by Enefit, an Estonian state-owned energy company. We have been working on this project since 2006. We started drillings to gain a better understanding of the resources and applied for the necessary permits and licenses to start the construction of power plant. After negotiations over tariffs and an EPC contract tender, we signed the final agreements in 2014. We had to take care of financing, as the project requires over USD1.6 billion in debt financing. We attracted Chinese lenders to finance the project, as we are using a Chinese EPC contractor. We also had support from the governments of Jordan, China, Malaysia, and Estonia to put this project together. Finally, we started construction in March 2017, and two units of the power plant will hopefully be ready by end of 2020. The total gross capacity will be 554MW.

How did you bring the Chinese investors onboard, and what makes this project strategic for bilateral relations?

This is an extremely strategic project for Jordan and is also the first time that an oil shale project has been project financed. In other countries, oil shale projects use corporate financing. We convinced Chinese banks this is a strategic project for Jordan and had to negotiate with the Jordanian government to facilitate the incentives and protection to this investment. Moreover, 95% of Jordan’s power generation depends on imported fuels, which is worrisome in a turbulent region. However, Jordan has an abundance of oil shale resources that have yet to be exploited. The Chinese side wanted to support the Chinese contractor and the equity partner within the framework of the One Belt One Road initiative. There were many challenges, as banks tend to scrutinize a project before financing; however, this project received favorable assessments from technical advisors, insurance advisors, and finance advisors.

With one of the largest oil shale reserves in the world, what is the potential in this, and what could it mean for Jordan?

Oil shale can be used locally in Jordan because, unlike Estonia’s, Jordan’s is relatively easy to extract and abundant. Once we kickstart this project, the financing of future oil shale projects will be easier. When we wanted to start, there was no proof that we could succeed, and we had to work hard to convince the lenders about the viability of the project. Jordan’s shale has unique characteristics, and it had to be analyzed and tested by a boiler manufacturer. Future projects, however, will have precedent.

What role do innovative technologies and sustainability play at APCO?

We use proven technologies that are previously executed in Estonia, which has worked on oil shale for over 100 years. We have adopted the circulating fluidized bed (CFB) technology, which is suitable for the combustion of low calorific value fuels such as oil shale. Given Jordan’s climate and the scarcity of water in this location, we have also minimized the usage of water by implementing air-cooled condensers. Power plants in other regions in Jordan are provided with water and fuel; however, we are in the desert and need to drill our own wells, extract our own oil shale, and develop our own infrastructure. In addition to being mindful of our water consumption and CO2 emission, we also engage the local community actively.