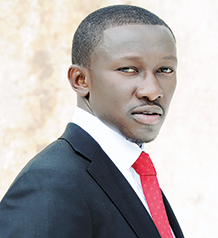 Nana Kwame Bediako is CEO of both Wonda World Estates and Petronia City Development, a 2,000 acre master-planned city development in Ghana. He has been a successful developer in the Ghanaian real estate sector for over 15 years and has developed over a 100 units. He hopes to change the face of real estate in Ghana by investing in Landmark buildings including No. 1 Oxford Street and Kwarleyz Apartments. Nana Kwame sits on the Board of Sujimoto Construction in Nigeria, and serves as the Chairman of the New Africa Foundation. He is an alumnus of the University of Westminster, London.

Can you describe the process of procuring the 2,000 acres of land and establishing partnerships to develop it?

When someone says that they are going to build at such a large scale, they are often ridiculed. Sheikh Al Maktoum’s father most likely faced criticism after he laid out his vision for Dubai. While still a small-scale developer building 30 to 40 homes per year, I studied the city’s development and realized there was a great opportunity because Africa needs cities to support the incoming population and development growth patterns. My team and I therefore put together a design and architectural team with David Adjaye as the principal architect, bringing in different designers and engineers from Portugal, Spain, and Germany to realize the vision. We then acquired the funding for the land, after which we assembled the marketing and communications team while forming international media partnerships with the likes of CNN and the BBC to promote the project. We finally broke ground after two years of planning.

Phase I is due to be completed in 2016, how is that progressing?

We have had a few setbacks due to the magnitude of investment required for the project. Over the last few years, there have been some challenges with our investors, who are the backbone of the business. Phase I was initially intended to be a prototype of malls, apartments, office blocks, and recreational centers. Due to these challenges however, we decided to create an industrial park and build the prototype of the city around it. After we made that decision, oil prices dropped, and with gold prices also dropping, we decided to create an industrial and manufacturing hub. This would then be followed by housing and lifestyle solutions to compliment the players within the industrial and manufacturing hub. Abu Dhabi provides a good model of how Ghana can build an entire master planned city on available resources. Petronia has a valuable coast, and is based in a region rich in minerals and other resources. It is also just an hour’s drive from the Ivory Coast, and Ghana serves as a central point for the entire region. Ghana, like most African countries, relies on imports for things that can be manufactured in country. People are beginning to see the potential in Petronia to be the new Tema, which today is the biggest city in terms of contribution to the country’s income because of its harbor and factories. Tema has no gold or oil; it is just an industrial platform. Petronia is set to become such a platform in the Western Region.

We are planning a lot for 2016. Petronia is now established as a city development. Wonda World has built over 200 units for the first time in one year, changing the skyline of Accra in the process. We are developing 1,000 apartments for the underprivileged, and are now branching into public sector housing. We are branching into manufacturing as well, and by forming various partnerships we have created a strong construction company through which we have already completed over 200 units. We are now partnering with some of our suppliers to be able to turn all of our developments into serviced apartments. We are bringing in management groups from countries all across the world, such as Singapore and Portugal. Africa has a bright future in development because these people already have the experience to control and manage the infrastructure. Due to the success of our partnerships, these kinds of projects provide profitable investment opportunities. This is what Petronia and Wonda World are on a mission to prove to the world. We can build 100,000 homes and create the infrastructure and recreational facilities around it to provide a lifestyle that Ghana currently lacks and appeals to the rest of the world. We are making this increasingly possible, and that is what I consider a success. 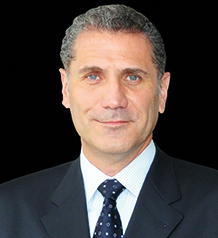